TEHRAN, August 2, YJC - A senior Iranian official says the country will meet Washington’s breach of the 2015 nuclear deal between the Islamic Republic and world countries, including the US, with a set of “coordinated” countermeasures. 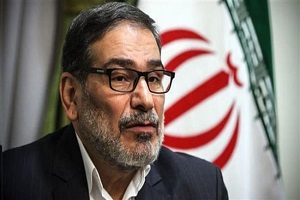 TEHRAN, Young Journalists Club (YJC) -“Iran’s countermeasures against the US lack of commitment to the JCPOA will be coordinated and [conducted in] parallel [with one another],” Secretary of Iran’s Supreme National Security Council Ali Shamkhani said on Wednesday.

He was referring to the agreement, called the Joint Comprehensive Plan of Action (JCPOA), by its acronym.

The comments come as the US is about to impose a new round of sanctions against Iran over its national missile program. The draft sanctions law, which also targets Russia and North Korea, has passed the US Congress and needs President Donald Trump’s signature to become law.

Senior Iranian authorities, including President Hassan Rouhani, have vowed a decisive response to the planned sanctions, which they argue are in violation of both the spirit and letter of the JCPOA.

US breach of accord won't go unanswered: Iran

Iran and the P5+1 group of countries -- the US, the UK, France, Russia, and China plus Germany -- inked the deal in July 2015. It lifted nuclear related sanctions on Iran, which, in turn, put certain limits on its nuclear work.

The United Nations nuclear watchdog has invariably certified Iran’s commitment to its contractual obligations since January 2016, when the deal took effect. The US, however, has prevented the deal from fully yielding. Washington has refused to offer global financial institutions the guarantees that they would not be hit by American punitive measures for transactions with Iran.

“A host of retaliatory measures in the legislative, technical, nuclear, economic, political, defense, and military areas, have been devised by the body monitoring the JCPOA, which will be pursued in a coordinated way and in parallel with each other,” Shamkhani added.
He added that “the US’s arrogant policies could only be confronted through dependence on national power and capabilities,” Shamkhani said.

Shamkhani further said the current US administration’s “lack of perceptiveness and creativity” in its attitude towards Iran serves as an opportunity for the Islamic Republic’s diplomatic apparatus.

The nuclear agreement has not reduced US enmity towards the Iranian nation, he said, noting that one of the reasons behind Washington’s disappointment at the current status quo is its failure to change Iran’s principal regional policies under the post-JCPOA circumstances.

The official further said the Iranian nation has an inalienable right to develop its missile might, which serves as a deterrent in the face of threats, stressing that the country’s defense capabilities are not up for negotiations.