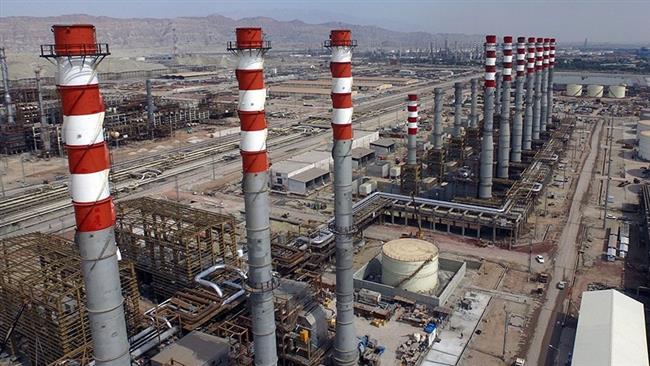 TEHRAN, Young Journalists Club (YJC) - He said that the third phase of the project would be unveiled by the next 2 years in case it is funded.

According to Peivandi, Iran’s Persian Gulf Star Refinery is producing 12 million liters petrol, under Euro 4 standards, daily and the amount would increase to over 36 million liters in case the phases 2 and 3 are launched.

He continued that the refinery is also producing 360.000 barrels condensates daily.

Earlier in April, Iran inaugurated the first phase of a major refinery project in the country’s south which officials say would make the country independent from imports of gasoline after 36 years once fully developed.

The Persian Gulf Condensate Refinery – a project that would turn condensate into fuels – was inaugurated during a visit by Iran’s President Hassan Rouhani to the southern port city of Bandar Abbas.

The refinery would produce at least 12 million tons per day (mt/d) of high quality gasoline – technically classified as Euro 4/IV - in the first phase.

It is expected to be in full swing by next March when its production of gasoline would reach as high as 36 mt/d thus increasing Iran’s overall production of the strategic fuel to above 100 mt/d.

Officials previously said the Persian Gulf Condensate Refinery would be complete before next March and that its production would put Iran in the club of world’s gasoline exporters.

Upon arrival in Bandar Abbas, Rouhani had emphasized that self-reliance in production of gasoline had a strategic importance for the country and described it as a “necessary move”.

Other products of the project after completion would include gas oil (14 mt/d), liquefied petroleum gas (4 mt/d), jet fuel (3 mt/d) and sulphur (130 tons per day).

The feedstock for the Persian Gulf Condensate Refinery – 360,000 barrels per day of condensate – would be provided through a pipeline directly from Iran’s natural gas zone of South Pars.

The construction of the refinery – which is Iran’s first of its kind – started in 2006 but its completion was delayed in what officials say has been a result of sanctions against Iran.