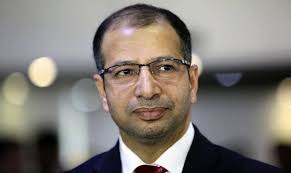 TEHRAN, Young Journalists Club (YJC) - In a meeting in Iranian embassy in Iraq, he tudied bilateral ties between the two countries, and called on Iran to join the rebuilding process of cities recently liberated from the ISIL.

Earlier in May, a local Iraqi official called for billions in funds and a plan of action to restore security and public services to Nineveh province, whose capital Mosul had been the scene of fierce fighting between the army and terrorists.

Noureddin Qablan, deputy chairman of the Nineveh provincial council, told Reuters that the money allocated to the Nineveh reconstruction was not enough.

Qablan also noted that the 34 Nineveh councilors had already started drawing up a five-year plan to rebuild Mosul, though they were not sure where the money would come from.

During the first six months since the implementation of the plan, local authorities are required to focus on restoring security, water, electricity and fuel, and on the return of displaced citizens.

The initiative also allocates a two-year period for the reconstruction and the initiation of a reconciliation process followed by 30 months to attract investment and develop the economy.

Qablan estimated that some of the early repair work could cost as little as $5,000 a house.

"After Mosul is fully liberated, we need a working plan to restore things to the way they were before 2014 when Daesh [terrorists] took over," he had said, adding that Nineveh council officials were in talks with the United Nations, aid groups and friendly states for the reconstruction project.

Mosul resident Hazem Habab expressed his satisfaction with the current situation, saying, “We are so comfortable now; our lives have improved since security forces got here. I wish Daesh had never come."