US will win war against North Korea: Senator Graham

TEHRAN, August 11, YJC - I US Republican hawk Lindsey Graham has said the United States should be ready for war against North Korea and predicted that Washington will win the conflict. 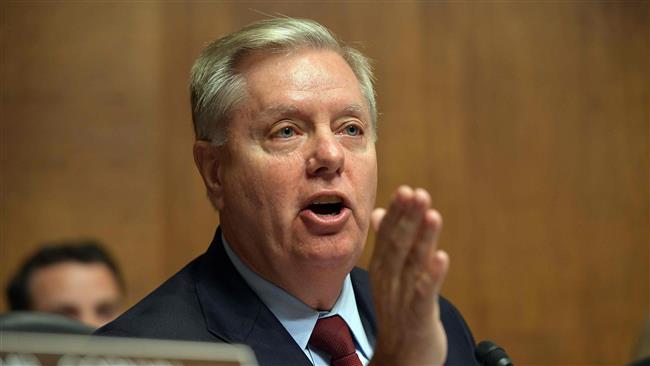 "I think he's trying to put China and North Korea on notice that the game has changed," Graham said of Trump's threat of hitting North Korea with "fire and fury."

"President Trump is rejecting the doctrine of strategic patience which has failed for 25 years. He's told me, and I think he's gonna tell China and North Korea, that he's not going to allow North Korea to develop a missile with a nuclear weapon on top that can hit America, that if he had to use military force to stop that from happening, he would,” he continued.

"I think that's the right call because we can't live as a nation under the threat of nuclear attack from a crazy man in North Korea," Graham added.

North Korea carried out two tests of intercontinental ballistic missiles last month. Pyongyang claimed that its latest missile, test-fired on July 4, can deliver a "large, heavy nuclear warhead" to the US continent.

On Tuesday, Trump said the US would rain "fire and fury" on North Korea, which some said could "only be interpreted" as a nuclear threat.

In response of Trump’s dire warning, North Korea said it was "carefully examining" a plan to strike the American Pacific territory of Guam with missiles.

The North Korean military said it could carry out a pre-emptive strike if there were signs of an American provocation, Presstv reported.