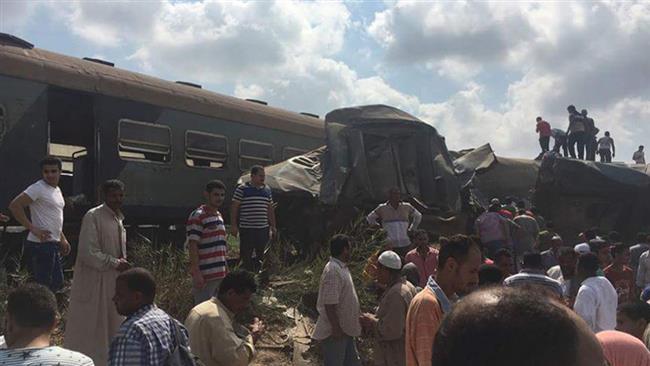 The head of the ambulance services in the Alexandria's western sector, Dr. Mohamed Abu Homs, said the collision took place in the district of Khorshid, southeast of the city.
Abu Homs said he fears the death toll and the number of injured could rise further.

Footage from the scene broadcast on state television showed dozens of people crowding around the damaged train cars, with dead bodies strewn on the ground.

State television, citing transport ministry officials, reported that the crash was probably caused by a malfunction in one of the trains that brought it to a halt on the rails, Presstv reported.

It was the deadliest train accident in the North African country since a November 2013 collision between a train and a bus killed 27 people south of Cairo.