TEHRAN, August 15, YJC - Iran is in the process of selecting financiers for the purchase of 200 new passenger aircraft from among domestic and foreign companies which submitted their proposals to Iran Air, the company CEO Farzaneh Sharafbafi said. 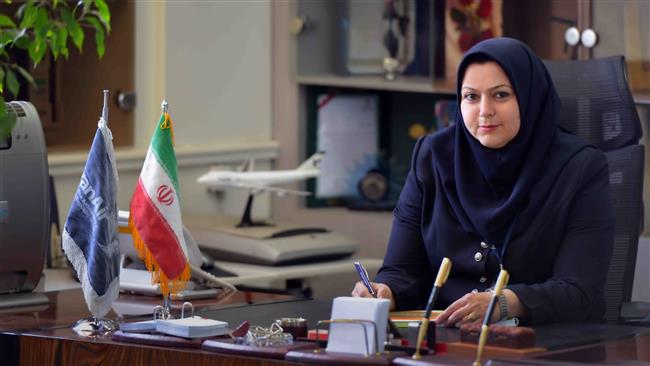 TEHRAN, Young Journalists Club (YJC) - Sharafbafi became the first Iranian woman in July to take the helm at Iran Air which has signed deals with Airbus and Boeing as well as Franco-Italian aircraft manufacturer ATR for the purchase of new brand passenger planes.

“Many proposals have been submitted to Iran Air and a preliminary decision will be made in the next month,” she told IRNA news agency.

ATR, a joint venture between Airbus and Italian company Leonardo which signed a firm contract with Iran Air for 20 turboprop aircraft and options for a further 20 planes early this year, is even willing to finance the purchases, Sharafbafi said.

Iran Air received four ATR 72-600s planes earlier this year, with the deliveries of the other aircraft to be completed by the end of 2018.

“There is no problem financing these planes, and Iran Air has bought all the 20 ATR aircraft in the form of hire purchase, and now proposals for financing these purchases are under review at Iran Air,” Sharafbafi said.

The purchases are part of Iran Air’s plans to rebuild the airline's fleet after nuclear-related sanctions against Iran were lifted last year.

The company struck a deal with Boeing in December for 80 passenger planes. In January, Iran Air signed agreements to buy 118 planes from Airbus, before cutting the number to around 100.

Iran Air has taken delivery of three Airbus jets and will get another by the year-end, while the first Boeing is due around May 2018.

According to Iran's Deputy Minister of Road and Urban Development Asghar Fakhriyeh-Kashan, given the type of Iran Air's orders, the total value of the three contracts for the purchase of 200 aircraft from Airbus, Boeing and ATR is less than $18 billion.

Iran Air has undertaken to make an advance payment of $1 billion to Airbus and Boeing for the purchases, which will be reimbursed over a period of four years, he said recently.