TEHRAN, August 15, YJC - Iran categorically condemned the recent terrorist attack in Burkina Faso which led to killing and injury of dozens of people. 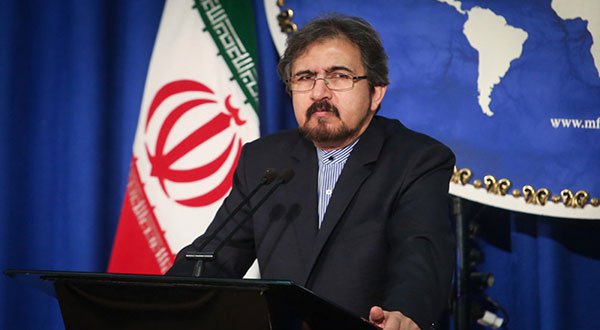 TEHRAN, Young Journalists Club (YJC) - “Committing such inhumane and violent crimes against defenseless people by extremist group does not carry any sign of religious teachings, especially the holy Islam, which is based on humane foundations, compassion and peace-keeping,” said Iranian Foreign Ministry Spokesman Bahram Qassemi.

He said terrorism is now a ‘global problem’, whose eradication needs will of all countries.

As a victim of terrorism, which has made constructive and crucial efforts in the region to fight the ominous phenomenon, the Islamic Republic has always expressed its readiness to cooperate with other countries and share its experience in this regard, he added.

More than 22 people were wounded after the assailants raided the upscale Turkish restaurant—Aziz Istanbul—in Ouagadougou late Sunday evening and started shooting at people there. The terrorists, who were of foreign origin, also took 170 people hostage. The al-Qaeda Takfiri terror group claimed responsibility for the attack.

The Prosecutor’s Office has opened an investigation into the attack in Ouagadougou.

Defense and security forces also established a security perimeter and closed all roads to the Ouagadougou International Airport.

The attack brought back memories of the January 2016 massacre, which saw assailants launch an attack on a hotel also popular with foreigners and a café in the capital, killing at least 30 people from 18 different nationalities.

Burkina Faso, one of the poorest countries in the world, shares a northern border with Mali, which has long been battling the al-Qaeda Takfiri terrorists.