TEHRAN, August 18 - Zimbabwean first lady Grace Mugabe is a "massive flight risk" and must be arrested over allegations that she attacked a model in Johannesburg, South Africa's main opposition party said. 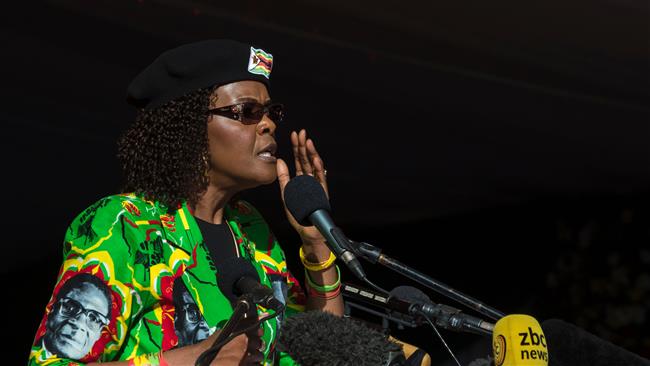 TEHRAN, Young Journalists Club (YJC) - Grace Mugabe, who has not been seen since the alleged assault on Sunday, is due to attend a Southern African Development Community (SADC) meeting in Pretoria this weekend along with her husband President Robert Mugabe.

South Africa police said Thursday they were on "red alert" to prevent Grace Mugabe from leaving the country.

The Mugabes will join other heads of state and their spouses at the two-day meeting in the South African capital.

The first lady is alleged to have hit Gabriella Engels with an electrical extension cord at a Johannesburg hotel where her two sons were staying.

"No one is above the law and the DA will do everything possible to ensure that Ms Mugabe is not allowed to flee South Africa before she faces up to the charges against her," the Democratic Alliance party said.

Engels -- who has registered a case of assault with intent to do grievous bodily harm -- appeared at a press conference on Thursday, wearing a large plaster on the left side of her forehead, Presstv reported.

President Mugabe flew into South Africa late Wednesday, the day after his wife failed to report to police over the alleged assault.

Grace Mugabe has claimed diplomatic immunity over the allegations, according to South African police.