TEHRAN, August 19 -Several charitable groups have cancelled plans to hold fundraising events at US President Donald Trump’s Mar-a-Lago Club in Palm Beach, Florida, amid anger over his comments on Charlottesville. 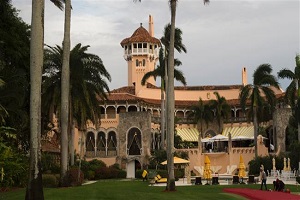 TEHRAN, Young Journalists Club (YJC) -In addition to the American Red Cross, several other charities including the leading academic hospital the Cleveland Clinic, the American Cancer Society and Dana-Farber Cancer Institute and other medical organizations have in the last 48 hours canceled galas at Mar-a-Lago earlier in the year.

In a statement by the American Red Cross, the charity said it would cancel its annual fundraiser at the club because “it has increasingly become a source of controversy and pain for many of our volunteers, employees and supporters.”

The American Cancer Society also said it would move its 2017 Island of Palm Beach gala from Trump's club, the Washington Post reported on the same day.

"Our values and commitment to diversity are critical as we work to address the impact of cancer in every community," the group said in a statement. "It has become increasingly clear that the challenge to those values is outweighing other business considerations."

According to the Washington Post, the Salvation Army, the Autism Project of Palm Beach County and Susan G Komen have all also canceled fundraisers.

The latest developments came after the President's controversial press conference at Trump Tower last week where thousands of white supremacists, KKK members and neo-Nazis descended on Charlottesville for a “Unite the Right” rally. The march however turned violent when a man plowed a vehicle into a group of anti-hate demonstrators protesting against the white supremacist rally, killing at least three people and injuring 20 others.
Trump came under fire for initially blaming the violence on “many sides.”

Nonprofits have not been the only ones abandoning Trump after his comments on Charlottesville.

Three White House business panels were scrapped in the past week after CEOs of some of America’s largest companies withdrew their support from Trump. Toby Cosgrove who was the CEO of Cleveland Clinic was part of Trump's strategic and policy forum which was among the disbanded panels.

Laurel Baker, the head of the Palm Beach Chamber of Commerce, also started discouraging businesses from hosting events at Mar-a-Lago.

“If you’re looking at your mission statement,” she in an interview with the Washington Post, “can you honestly say having an event at Mar-a-Lago, given all that has transpired, is the best stewardship of your efforts?”

She added, “The club is a member of the chamber. But right is right.”

Trump has been criticized both in the country and abroad over his response to the violence in Charlottesville. In the US, many lawmakers, including members of his own party as well as business executives have distanced themselves from him. Also, officials in Britain, Germany, the UN and elsewhere have denounced his remarks.