TEHRAN, August 20 - The Qatari Ambassador to Turkey has accused the United Arab Emirates (UAE) of sponsoring “counter-revolutions in the Arab world and revival of dictatorships”, stating that Abu Dhabi has spent millions of dollars for the overthrow of Egypt's first democratically-elected president Mohamed Morsi. 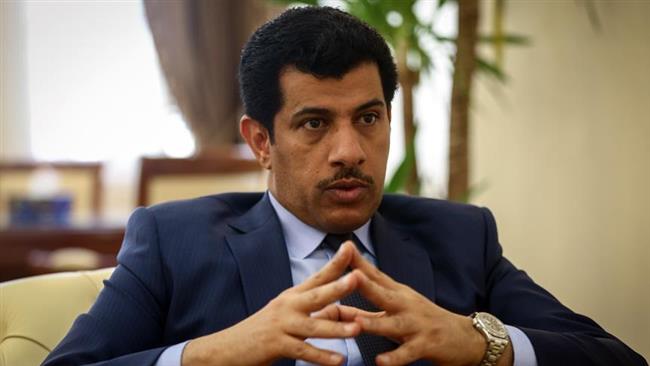 TEHRAN, Young Journalists Club (YJC) -“The UAE and a number of allies have paid around $40 billion to consolidate the military coup in Egypt alone,” Salem bin Mubarak al-Shafi said in reference to Morsi’s ouster by former army chief and current President Abdel Fattah el-Sisi in July 2013.

“We say that these countries have not learnt their lesson well. Blaming Qatar, using broad terms such as counterterrorism and attacking moderates with an intention to win the heart of the West will not help them,” he added.

“There are some Arab countries which are afraid of revolutions. Instead of reforming their regimes and fulfilling public aspirations, they heap the blame on Qatar,” the Qatari ambassador commented.

Shafi stressed that Qatar is "doing all it can to serve security and stability in the region in a way that does not clash with aspirations of the people.”

The Qatari ambassador also rejected Persian Gulf states' demands that Doha cut defense ties with Ankara, describing it as a “flagrant intervention in the internal affairs" of the gas-rich kingdom.

“This is against all international law and norms. The demands concerning closure of the Turkish base and severance of our military relations with Turkey translate as infringement of our sovereignty rights and violation of our independence,” Shafi pointed out.
Saudi Arabia, the United Arab Emirates, Egypt and Bahrain all cut off diplomatic ties with Qatar on June 5, after officially accusing it of “sponsoring terrorism.”

“The recent joint statement issued by the Kingdom of Saudi Arabia, Bahrain, Egypt and the UAE regarding a ‘terror finance watch list’ once again reinforces baseless allegations that hold no foundation in fact,” the Qatari government said in a statement.

On June 23, Saudi Arabia and its allies released a 13-point list of demands, including the closure of Al Jazeera television news network and downgrade of relations with Iran, in return for the normalization of diplomatic relations with Doha.

The document containing the demands by Saudi Arabia, Egypt, the UAE and Bahrain also asks Qatar to sever all ties with the Muslim Brotherhood and Lebanese Hezbollah resistance movement.

Qatari Foreign Minister Sheikh Mohammed bin Abdulrahman Al Thani said on June 29 that his country was ready to discuss "legitimate issues" with the Saudi-led alliance, but some of the demands were not reasonable.