Official: Iran not to allow misuse of IAEA rules for political goals of a country

TEHRAN, August 25 - Iranian mission to the IAEA said that the country would never allow misusing the agency’s rules for political motives of one particular country. 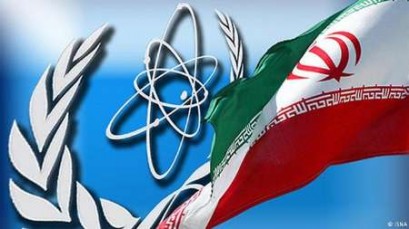 TEHRAN, Young Journalists Club (YJC) - The mission issued a statement after the US Ambassador to the UN Nikki Haley’s visiting of the agency and meeting with the officials, warning of destructive consequences any pressure on the IAEA in doing its job.

“As mentioned in Dr. Zarif’s letter to Mr. Amano and Mrs. Mogherini, the objectives and results of this visit runs counter to various articles of the nuclear deal and Resolution 2231 of the UNSC on the role of the agency and necessity of protecting its independence and sensitive information given to the IAEA”, the statement read.

The statement read that the US administration claims over the IAEA’s reports on Iran, are weird remarks which put into question the IAEA credit and its reports on Iran and other countries.

Such claims mean the IAEA and its reports are unreliable, and it seems that the remarks were made because of unawareness and inexperience of the US new political team, the statement read.