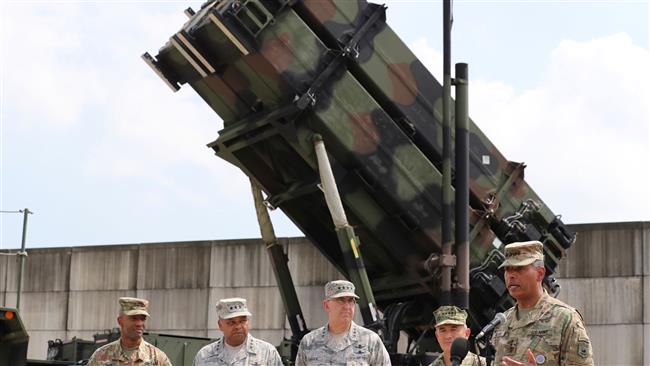 TEHRAN, Young Journalists Club (YJC) - Referring to the so-called Ulchi Freedom Guardian maneuvers as proof of Washington’s intent to invade the country, North Korea’s official KCNA news agency warned the United States and its “puppets” to “act with discretion if they want to evade the historic moment of death.”

The statement further said, “We solemnly warn not only the US and puppet group but also satellites, including UK and Australia, which are taking advantage of the present war maneuvers against the north that they would face a miserable end if they join in play with fire by tiger moths of war.”

The ongoing war games, the largest annual military command post exercises in the world, began on August 21 and is due to continue through the end of the month. The drills in the past years have on occasions included military contingents from US allies such as Australia, Britain, Canada, Denmark, Colombia and the Netherlands.

North Korea had earlier described Australia as having committed a “suicidal act” by joining the war games.

The KCNA said Australia’s Prime Minister Malcolm Turnbull had recently stated that Australian military forces would fight alongside the United States military if the latter was attacked by North Korea.

Citing an unnamed official from the North Korean Foreign Ministry, the KCNA said Turnbull’s backing of Washington, in addition to Australia’s participation in the military drills, had left the country open to unspecified “counter-measures of justice” by Pyongyang.

“This is a suicidal act of inviting disaster, as it is an illustration of political immaturity, unaware of the seriousness of the current situation,” said the news agency.

While Seoul and Washington say the massive annual war games provide an opportunity for the allies to improve their defensive capabilities, Pyongyang keeps condemning them as a dress rehearsal for a war against North Korea.

The drills have coincided with a major rise in tensions on the Korean Peninsula following the North’s test-launch of two intercontinental ballistic missiles (ICBM) and its threat to target seas off the coast of the US Pacific territory of Guam.

Nearly 17,500 US troops, several thousand fewer than last year, have joined 50,000 of their South Korean counterparts in this year’s drills.

Meanwhile, an editorial in the North Korean Rodong Sinmun newspaper said the joint military exercise was “the most explicit expression of hostility against us, and no one can guarantee that the exercise won’t evolve into actual fighting.”

It added that the exercise was like “pouring gasoline on fire and worsening the state of the [Korean] Peninsula.”

Washington and Pyongyang have exchanged a series of threats since North Korean authorities announced that the country was capable of striking the US territory with an intercontinental ballistic missile carrying a nuclear warhead, Presstv reported.

US President Donald Trump responded by vowing “fire and fury” and further warned that his military was “locked and loaded.”