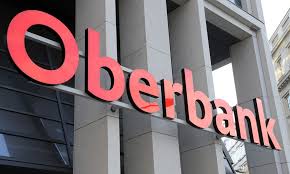 TEHRAN, Young Journalists Club (YJC) - ‘Oberbank proposes financial bridge to Iran,’ this is the heading for an entry in Austrian national daily Der Standard on Friday under which is given an interview with Franz Gasselsberger, the CEO of Austria’s Oberbank.

He told the paper that the framework reached for the contracts of financing projects in Iran has been concluded as positive by the Austrian bank and he believes that "The interest is enormous."

Gasselsberger says that the framework funds contracts in the fields of infrastructure, plant construction, photovoltaics and health, guaranteed by the cover of the Oesterreichische Kontrollbank (OeKB).

Gasselsberger, the Chairman of the Management Board and the Chief Executive Officer of Austria’s Oberbank AG Linz, visited Tehran at the head of a senior economy and trade delegation accompanied by Josef Pühringer, the Governor of Upper Austria, early in March this year.

During this trip he met with ranking Iranian financial officials including the senior officials of Iran’s Central Bank; Akbar Komijani, the Deputy Governor, and Gholamali Kamyab, the Vice Governor for Foreign Exchange Affairs.

He held that Oberbank is the only Austrian bank directly interacting and transacting with Iranian banks. “Austrian companies are interested in developing cooperation with Iran and currently concerted talks are being held to broker new financial deals.” Gasselsberger voiced hope that the new contracts give the other businessmen and traders the reassurance to expand their endeavors.