TEHRAN, August 27 - A senior adviser to Leader of the Islamic Revolution Ayatollah Seyyed Ali Khamenei says the historic nuclear agreement signed between Iran and the P5+1 group of countries in 2015 allows no inspection of Iran’s military sites. 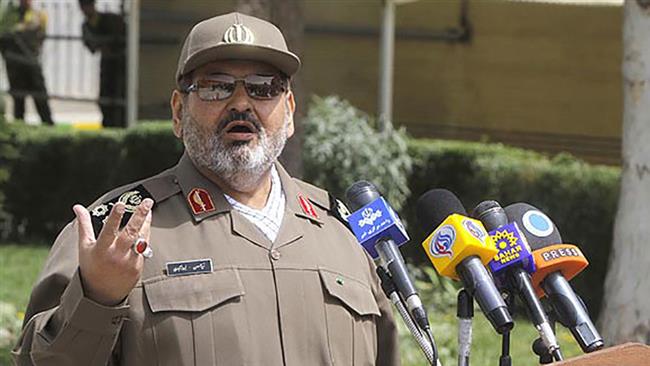 TEHRAN, Young Journalists Club (YJC) - No foreign and domestic official and not even unauthorized officials of the Iranian Armed Forces are allowed to inspect Iran’s military sites without Ayatollah Khamenei's permission, Major General Hassan Firouzabadi, who advises the Leader on military affairs, said on Sunday.

He slammed recent comments made by US Ambassador to the UN Nikki Haley, who called on the International Atomic Energy Agency (IAEA) to request access to Iranian military sites, in what has been regarded as an attempt by Washington to undermine the nuclear agreement, known as the Joint Comprehensive Plan of Action (JCPOA).

Firouzabadi said Haley was the US agent to hatch a “new plot and she is lying.”

The top military official urged Washington to stop hatching new plots, saying, "Through this puppetry, Trump wants to divert the world's attention from racist conflicts in America, but they will fail in this seditious effort as well."

Speaking at a news conference in New York on Friday, Haley said the IAEA had to use every possibility there was under the JCPOA.

The IAEA is tasked with monitoring Iranian compliance with the deal, a basically technical matter that falls within the agency’s area of expertise. The IAEA has consistently verified that Iran is in compliance since the deal started being implemented in January 2016.

Firouzabadi’s remarks came after Iranian Foreign Ministry Spokesman Bahram Qassemi emphasized that Iran would never allow others to engage in off-limit issues in the landmark nuclear deal, adding that the IAEA inspections in Iran would be carried out only within the framework of the country’s policies.