TEHRAN, August 29 - French President Emmanuel Macron has become the latest world leader to come out in support of a multilateral nuclear deal with Iran, saying France sees “no alternative” to the agreement. 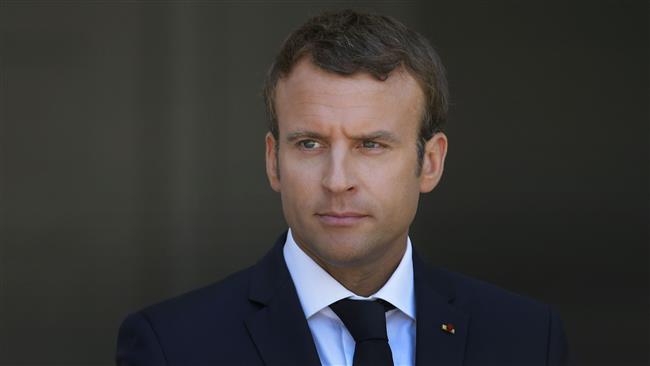 TEHRAN, Young Journalists Club (YJC) - He said the deal, known as the Joint Comprehensive Plan of Action (JCPOA), had facilitated a constructive relationship with Iran.

“There is no alternative to the non-proliferation agenda. It enables a constructive and demanding relationship with Iran,” he told some 200 French ambassadors gathered in Paris.

Macron’s comments come as one party to the deal, namely the United States, has been trying to undermine the pact.

The deal was reached between Iran and the P5+1 countries — namely the US, Russia, China, France, Britain, and Germany — in July 2015 and took effect in January 2016.

US President Donald Trump has called the JCPOA — which was negotiated under his predecessor, Barack Obama — “the worst deal ever” and repeatedly threatened to tear it up.

Addressing the opening session of the 2017 EU Ambassadors Conference in Brussels on Monday, Federica Mogherini said the deal represented “the European way to foreign policy.”

“This was not an agreement between two countries, I have repeated it time and again and I have the impression that we will need to repeat it time and again in the months to come,” she added, apparently referring to the stepped-up American rhetoric and action against the deal.

Recent reports indicate that the Trump administration is actively seeking a pretext to potentially withdraw from the JCPOA. Among other things, the White House has reportedly been pressuring US intelligence officials to produce intelligence that could be used to declare Iran in violation of the nuclear agreement.

This is while the International Atomic Energy Agency (IAEA), which is tasked with monitoring Iranian compliance with the deal, has consistently verified the Islamic Republic’s adherence to its obligations.

Last week, the Trump administration sent US Ambassador to the UN Nikki Haley to Vienna to lobby with the IAEA to request access to Iranian military sites as part of the deal, a move generally considered an attempt at undermining the JCPOA.

Mogherini said in her Monday's comments that the JCPOA was “a commitment undertaken by the entire international community on one side and Iran on the other, supported by a resolution of the UN Security Council, and certified regularly by the International Atomic Energy Agency.”

She said “compliance with the deal is certified by the IAEA and by the Joint Commission I chair..., not by one single individual country,” in a thinly-veiled rejection of US attempts to claim an Iranian breach.

The EU’s top diplomat further hailed Iranian President Hassan Rouhani’s “personal commitment to continue to implement their part of the deal. This is what is counting the most for us in this moment.”

Iran has denounced Washington’s attempts to undermine the JCPOA.

In a relevant development on Tuesday, Russian Deputy Foreign Minister Sergey Ryabkov urged all parties to the JCPOA to refrain from any unilateral moves concerning the deal.

“We constantly encourage all partners to avoid unilateral actions within the framework of this agreement,” Ryabkov told the 62nd Pugwash Conference on Science and World Affairs in the Kazakh capital, Astana.

He also voiced Moscow’s opposition to “any interpretations, any toughening or amending the text” of the nuclear agreement.

Russia detects “misunderstanding and mistrust on the part of the United States [regarding the JCPOA implementation],” he said, adding Washington’s actions “undermine not just the spirit, but [also] the letter of the agreement.”