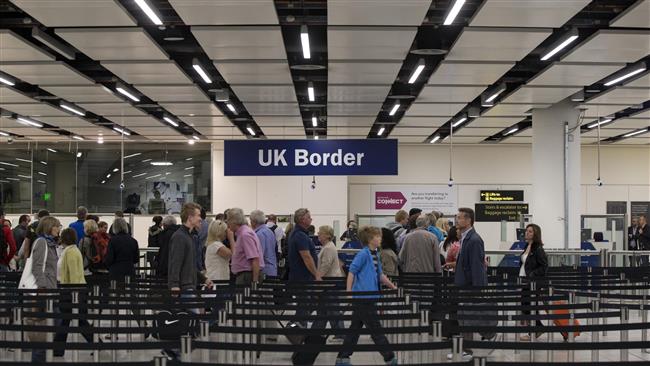 TEHRAN, Young Journalists Club (YJC) - The survey, conducted by KPMG, found that 55 percent of EU citizens with PhDs and 49 percent of those with postgraduate degrees had either decided to leave the UK or were considering it.

KPMG, a Dutch professional service company, surveyed 2,000 EU citizens working in Britain and 1,000 EU citizens from the ten EU member states most likely to supply labor to the UK.

The international poll also found that 50 percent of EU citizens felt less welcome in the country since the Brexit referendum.

“Our survey highlights how important the actions of employers are going to be if the UK is to avoid a Brexit brain-drain. Although almost half of the EU citizens working in the UK plan to stay, what other EU citizens choose to do is definitely hanging in the balance,” said Karen Briggs, Head of Brexit at KPMG.

“Against this backdrop we expect to see increased competition for talent between employers over the coming years, and numerous firms seeking to supplement their workforce with AI, robotics and automation,” Briggs added.

Immigration was one of the central topics of last year's EU referendum in the UK, which resulted in 52 percent of British citizens voting in favor of leaving the bloc.

More than three million Europeans are currently living in Britain and around one million Britons living elsewhere in the EU. The issue of citizens’ rights is one of the three priorities in the Brexit talks which began mid-June, along with Britain's divorce bill and the question of Northern Ireland.

Punam Birly, Head of Employment & Immigration at KPMG, said the survey indicated too few British employers were doing enough to support their EU employees, which is expected to create a severe jobs crisis in the country.

“Compounding this issue we’re seeing a reduction in applications from EU citizens to UK universities," Birly said. "This could create a high-end talent pipeline problem – and a shortage of chemists, linguists, and other budding professionals.”

In June, British Prime Minister Theresa May provided details of her plan to protect the rights of EU citizens in Britain, saying all of them will have to apply for a special ID card if they want to reside in the country after Brexit. But May’s offer is contingent on Britons living in Europe receiving an equivalent offer, Presstv reported.