Christians will start civil war if Trump is impeached: Televangelist

TEHRAN, August 31 - As talk of Donald Trump's impeachment is the hot topic of many American TV and radio shows, Televangelist Jim Bakker says Christians will start a second civil war in the US if the billionaire president is impeached. 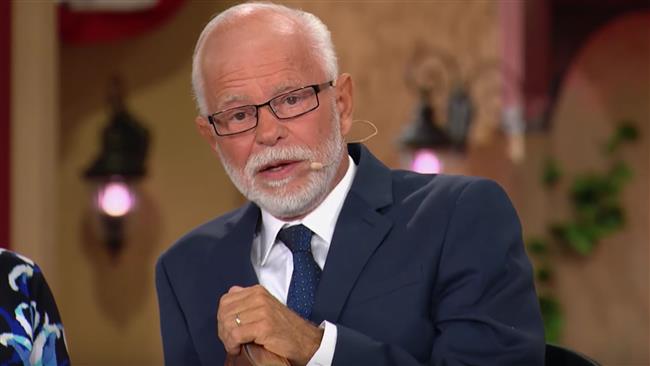 TEHRAN, Young Journalists Club (YJC) - "If it happens, there will be a civil war in the United States of America. The Christians will finally come out of the shadows, because we are going to be shut up permanently if we're not careful," he told a pastor on his own program, The Jim Bakker Show. The segment was posted by Right Wing Watch in May, but got no attention until the Hill reported it on Tuesday.

Warning that Christians are in danger of losing their voice in American society, he said, “The Christians will finally come out of the shadows because we are going to be shut up permanently if we’re not careful." There are approximately 350,000 churches in the United States.

“God says faith without works is dead. We have to do things, God has been standing with me, and I don’t know about you, it’s time for preachers like you, you’ve been doing it, to stand up and shout out,” Bakker told Ramiro Pena, a member of Trump’s Hispanic advisory board.

Bakker served nearly five years in prison for fraud and conspiracy connected to his original television program, The PTL Club. The former Assemblies of God minister resigned from the ministry in 1987 after he was accused of rape by American model Jessica Hahn while she was employed as a church secretary.

Several House Democrats have formally introduced an article of impeachment against President Trump, accusing the president of obstructing justice during a federal investigation of Russia’s role in 2016 election.

The president has been accused of obstruction of justice by dismissing FBI Director James Comey, who was investigating his possible collusion with Russia ahead of the 2016 presidential election. Congressional committees are also investigating to find out whether the Russian government coordinated with Trump associates during the 2016 campaign and transition, Presstv reported.

Meanwhile, Trump administration officials are under pressure over new revelations this week about a meeting between Trump’s son, Donald Trump Jr. and a Russian attorney at Trump Tower in the summer of 2016. Trump Jr. arranged the meeting with Natalia Veselnitskaya and took along his brother-in-law, Jared Kushner, and then-Trump campaign Paul Manafort to get damaging information about the campaign of Democratic nominee Hillary Clinton.