TEHRAN, August 31 - The Iraqi Air Force has killed at least 94 Daesh terrorists during extensive operations carried out in the western Anbar province. 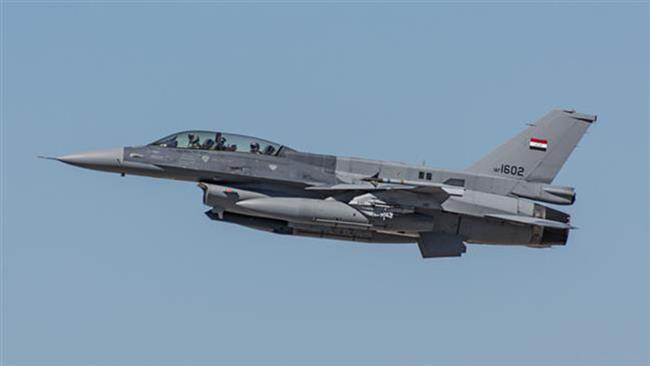 A high-ranking Takfiri commander with close ties to Daesh’s leader Abu Bakr al-Baghdadi was also killed in the Wednesday operations.

Two other senior Daesh militants identified as Zafer al-Rawi and Millat Hashem Farahat were also killed in the strikes that were reportedly conducted with precise information supplied by intelligence services. Farahat was a former commander in Tal Afar and a close aide to Baghdadi.

The small towns of Qa'im, Rawa and Anna have been held by Daesh since 2014.

Elsewhere in the country, Iraqi government forces regained full control over half of the last remaining redoubt of Daesh Takfiri militants in Tal Afar with the aid of volunteer fighters from the Popular Mobilization Units.

On August 20, Iraqi Prime Minister Haider al-Abadi, also the commander-in-chief of Iraqi forces, declared the start of the operation to retake control of Tal Afar and nearby areas from Daesh terrorists, Presstv reported.

Tal Afar is the last Daesh stronghold in Iraq’s northern province of Nineveh.