TEHRAN, September 6 - Myanmar has reportedly been planting landmines across an area of its border with Bangladesh as thousands of Rohingya Muslims are fleeing a bloody crackdown to take refuge in neighboring Bangladesh. 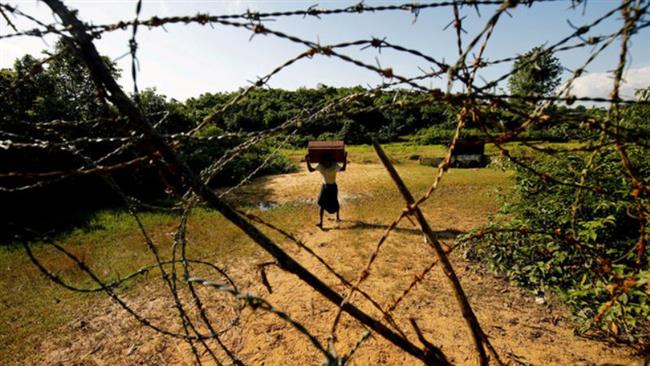 TEHRAN, Young Journalists Club (YJC) Two government sources in Bangladesh told Reuters on Wednesday that Myanmarese forces had been “putting the landmines in their territory along the barbed-wire fence,” between a series of border pillars over the past three days.

“Our forces have also seen three to four groups working near the barbed wire fence, putting something into the ground,” one of the sources said on condition of anonymity.

The sources, who had direct knowledge of the situation, said Myanmar was probably putting the landmines to prevent the return of the Rohingya Muslims who have already fled to Bangladesh.

But those members of the minority Muslim group who plan to flee Myanmar are also likely to use the path and risk hitting the mines.

The sources said Dhaka would formally file a protest against the planting of the landmines later on Wednesday.

According to a Bangladeshi border guard officer, at least two explosions were heard on Tuesday on the Myanmarese side of the border.

Border guard Manzurul Hasan Khan said two Rohingya children had been injured by the blasts — one of them having had his left leg blown off before being brought to a hospital in Bangladesh.

“They stepped onto some sort of explosives this morning and one of them lost his leg,” Khan said.

Khan said a Rohingya woman had lost a leg in one of those blasts.

He further said many refugees had been arriving in Bangladesh with bullet wounds.

Nearly 125,000 Rohingya Muslims — including women and children — have arrived in Bangladesh since last month, when the Myanmarese military unleashed new violence on the community. 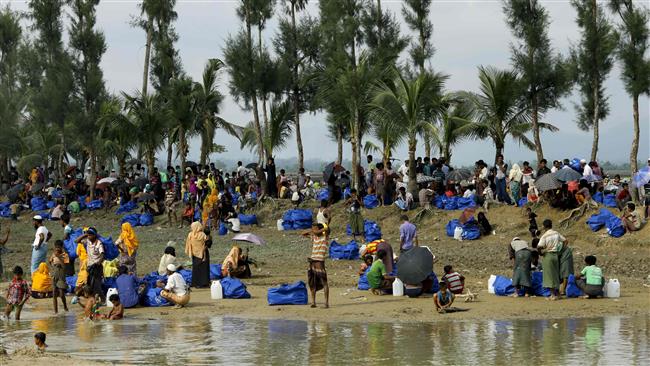 The refugees who have recently made it to Bangladesh have told horrific accounts of massacres in villages. They have said the military forces attack and burn villages and shoot civilians.

Many of the Muslims have as a result decided to take perilous boat journeys across the Naf River, which separates Myanmar from Bangladesh.

Myanmar’s military intensified attacks on Rohingya Muslims on August 25, after dozens of police and border outposts in the northern state of Rakhine came under attack by an armed group that is said to be defending the rights of the Rohingya.

The Muslim community had already been under a military siege in Rakhine since October 2016. The government used a militant attack on border guards back then as the pretext to enforce the lockdown.

The Rohingya have also been subject to communal violence by extremist Buddhists for years.