TEHRAN, September 16 - Chancellor Angela Merkel says Berlin plans to restrict its business with Ankara in an attempt to pressure the Turkish government to release German citizens imprisoned in the country over political reasons. 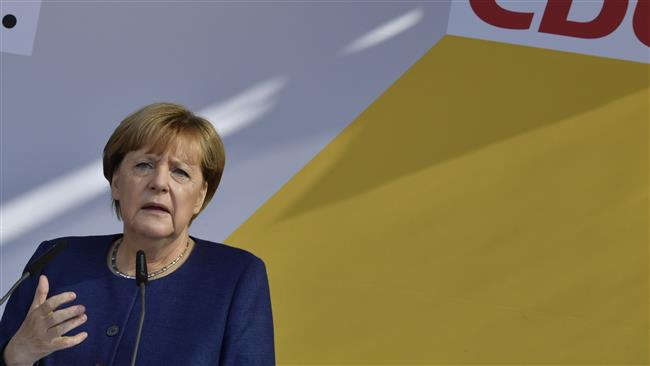 TEHRAN, Young Journalists Club (YJC) - "We will have to further cut back our joint economic cooperation with Turkey and scrutinize projects," Merkel said in a Saturday interview with the Passauer Neue Presse newspaper in response to a question about how to secure the release of 12 German detainees in Turkey.

On Tuesday, Merkel also said that Germany would restrict some arms sales to Turkey.

Ties between Turkey and Germany have been strained over a host of issues since the 2016 failed coup against the government in Ankara. Berlin has been critical of Ankara’s post-coup crackdown and the arrest of German citizens, while Turkey accuses the European country of harboring “terrorist” organizations, which are against Turkish President Recep Tayyip Erdogan.

The two countries have also clashed over Germany’s alleged support for Kurdish opponents of the Turkish government and its opposition against a controversial referendum in Turkey in April, which gave Erdogan new sweeping powers. German authorities at the time prevented some pro-Erdogan campaigns in the country, a move that infuriated the Turkish president.

Germany is home to some three million ethnic Turks. The country allowed in the Turks in the 1960s and 1970s as part of its massive post-war "guest worker" program. Following the recent tensions, however, Turkey and Germany have both issued travel alerts for their citizens, each advising their nationals to take precautionary measures if they plan to visit the other country.

Erdogan has urged German Turks to boycott the main parties in Germany’s election on September 24. According to surveys, Merkel’s conservative party is expected to win the election and secure a fourth term in office.

On September 5, Merkel pledged to push EU members to consider suspending or ending Turkey’s accession talks, saying Ankara had been abandoning the rule of law.

Turkey has been trying to become a member of the European Union since the 1960s.

Formal EU accession talks began in 2005, but the process has been plagued by problems. The EU has opened 16 out of the 35 chapters required for Turkey to join the 28-nation bloc, but only one of them has so far been concluded.

The European Parliament voted in favor of halting the membership talks with Turkey in November 2016 over Ankara’s heavy-handed crackdown following the failed coup.