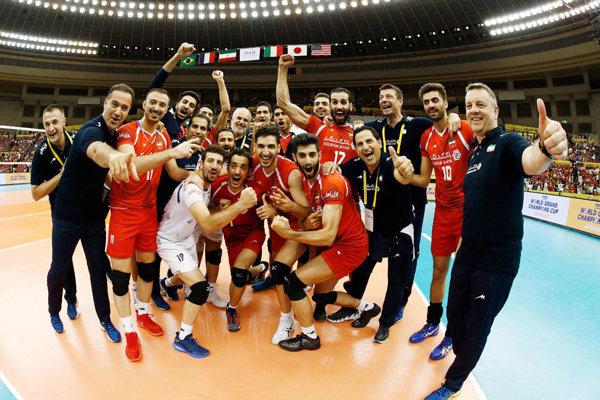 Italy’s earlier victory over the US could confirm a place on the medal table for Iran. Yet, ambitious Iranian athletes spared no effort to subdue French competitors in a thrilling and head-to-head match.

In the opening set, the two teams mainly exchanged points until the debut ended at 38-36 in Iran’s favor. Iranian players also managed to maintain their upper hand in the second set which ended 25-23.

In the tie-breaker, which was the final set of the match, Iran had a firm start and kept the lead until they wrapped up the set (15-11) and the game (3-2).

Accordingly, Iran ranks third in the credible sportive event though the country’s volleyball outfit is likely to jump one spot and scoop the silver medal in case Japan defeats Brazil in an upcoming match.