TEHRAN, September 27 - Two Israeli soldiers have been killed and four others wounded when their reconnaissance vehicle flipped over during the course of a military exercise in Syria’s occupied Golan Heights. 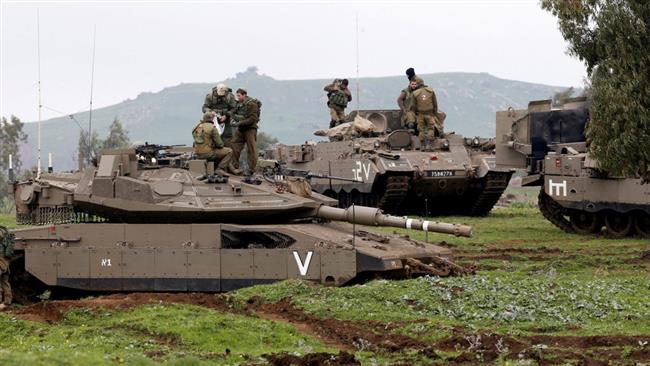 TEHRAN, Young Journalists Club (YJC) - The Israeli military said in a statement on Wednesday that the accident occurred overnight as the soldiers were conducting a maneuver in conjunction with other military vehicles.

The driver of the M109 self-propelled howitzer took a wrong turn, and was blurred by the headlights coming from a convoy of vehicles opposite their vehicle.

He tried to turn in the other direction, but by doing so he drove the vehicle over a drop in the road and it overturned into a ditch of 6-8 meters deep.

Two of the wounded soldiers were evacuated to a nearby hospital in serious condition, suffering from internal and orthopedic injuries. The two other soldiers sustained moderate injuries.

During the past few years, Israel has frequently attacked military targets in Syria in what is considered as an attempt to prop up terrorist groups that have been suffering heavy defeats in their fight against Syrian government forces.

Back in April 2015, Israeli Prime Minister Benjamin Netanyahu officially admitted for the first time that the regime's military had conducted strikes against Syrian territory.

Damascus says Israel and its Western and regional allies are aiding Takfiri terrorist groups operating inside the Arab country, while the Tel Aviv regime's military carries out such sporadic strikes against Syrian government forces. The Israeli regime has even set up field hospitals to treat wounded militants evacuated from Syria.

Moreover, the Syrian army has repeatedly seized huge quantities of Israeli-made weapons and advanced military equipment from the foreign-backed militants inside Syria.

Israel seized the Golan Heights from Syria after the 1967 Six-Day War and later occupied it in a move that has never been recognized by the international community.

The regime has built dozens of settlements in the area ever since and has used the region to carry out a number of military operations against the Syrian government.