TEHRAN, October 3 -Turkish authorities have issued detention warrants for 254 Istanbul municipality and staffers of ministries on suspicion of links to the alleged mastermind of last year’s coup attempt. 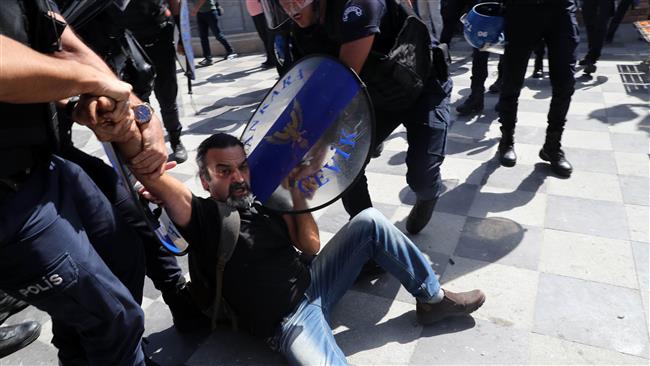 At least 67 of these suspects have so far been detained since the issuance of the arrest warrants, the news agency added.

In Ankara, prosecutors issued arrest warrants for 142 staffers of the education and sport ministries, most of whom had already been fired from their jobs over their alleged links to the US-based opposition figure Fethullah Gulen, whom the Turkish government accuses of having orchestrated the attempted military coup.

According to the agency, the suspects were accused of being users of the ByLock mobile application, which the Turkish government claims to be the top communication tool among members of the Gulen movement.
The latest warrants mark a fresh escalation against the Gulen movement. On Monday, the Interior Ministry said about 1,000 people had been arrested over the previous week on allegations of links to what authorities described as the “Gulenist Terror Group.”

Turkey witnessed a coup attempt on July 15, 2016, when a faction of the Turkish military declared that the government of President Recep Tayyip Erdogan was no more in charge of the country.

However, over the course of some two days, the putsch was suppressed. Almost 250 people were killed and nearly 2,200 others wounded in the abortive coup.

Gulen has denied the charges of having masterminded the coup.

In a post-coup crackdown, Turkey has suspended or dismissed more than 150,000 judges, policemen, teachers, and civil servants and has arrested nearly 50,000 others.