TEHRAN, October 3 - Total has indicated that it plans to use the same solutions it employs for doing business in Russia under US sanctions, for a key gas project in Iran in case Washington reimposes sanctions against the country. 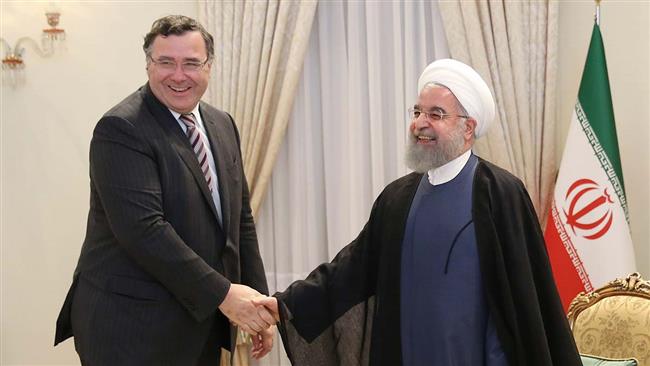 TEHRAN, Young Journalists Club (YJC) -Total Chief Executive Officer Patrick Pouyanné told The Financial Times that his company had successfully used an alternative basket of foreign currencies in providing funds for the development of a key gas project in Russia which faces US financial restrictions.

He said the solution for providing funds for the development of the second phase of Arctic natural gas liquefaction project involved using currencies like the euro and China’s yuan instead of the US dollar.

“The impact was that we cannot use dollars, so we have been obliged to put in place a gigantic project financing, $19 billion, with Chinese banks,” he said about Arctic 1. “Thanks to the US sanctions we discovered the world of Chinese finance. It is possible . . . and it is legal.”

Pouyanné said Total was determined to continue the development of a gas field based on a contract that it had recently won from Tehran.

Pouyanné suggested that mounting concerns that US President Donald Trump would sink a landmark nuclear deal with the Islamic Republic would not have any impacts on Total’s investment plans in the country.

His comments come as Trump weighs whether to recertify on October 15 that Iran is complying with the nuclear deal. If the US president does not recertify, Congress has 60 days to decide whether to reimpose sanctions, the Financial Times reported.

In early July, Total signed an agreement worth $4.8 billion over the development of South Pars Phase 11 in cooperation with China’s CNPC and Iran’s Petropars.

Pouyanné emphasized that he was aware it would be a “bumpy” road when he signed a multi-billion-dollar deal in July to develop South Pars, in what was the first big energy contract in more than a decade between Iran and a European company.

“We knew when we signed that it will not be an easy road,” Pouyanné said. “But I prefer to have a problem to solve and to have the opportunity rather than having not signed [and] no opportunities.”

He said he was “committed to put the concrete agreement in place” to develop Phase 11 of Iran’s South Pars gas field, which is the world’s largest and is shared by Iran and Qatar.

The decision to sign the deal followed months of deliberations by the French energy giant which had said would need to wait for Trump’s Iran policies before moving ahead with the development of South Pars Phase 11.

On the same front, Pouyanné said Total had not come under any pressure from the US over its Iran business, and added that he had not spoken to any US senators about the debate on the nuclear deal.