Europe to do everything it can to sustain JCPOA: EU

TEHRAN, October 4 - A senior European Union (EU) diplomat says European states will do their best to sustain a 2015 nuclear deal with Iran, amid stepped-up US opposition to the multilateral accord. 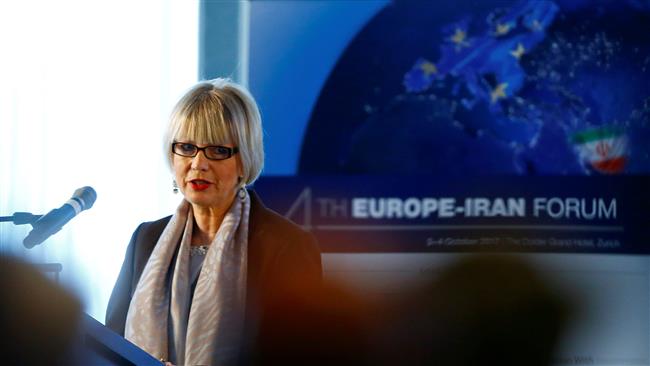 TEHRAN, Young Journalists Club (YJC) -Helga Schmid, the secretary general of the European External Action Service (EEAS), made the remark in an address to the 4th Europe-Iran Forum in the Swiss city of Zurich on Wednesday.

“This is not a bilateral agreement, it’s a multilateral agreement. As Europeans, we will do everything to make sure it stays,” Schmid said.
The administration of US President Donald Trump has been opposed to the Iran deal, which was negotiated by his predecessor. Trump himself has verbally attacked the deal numerous times and is reportedly planning to refuse to certify Iranian compliance at a mid-October deadline under an American law. Most recently, the US president described the agreement as “an embarrassment” and “one of the worst and most one-sided transactions the United States has ever entered into.”

However, there seems to be divisions within the US administration on the nuclear deal with Iran, which is officially known as the Joint Comprehensive Plan of Action (JCPOA). Defense Secretary Jim Mattis said on Tuesday that Washington should consider remaining a party to the accord.
A CNN report on Tuesday also said US Secretary of State Rex Tillerson was working on a plan to keep the US in the deal.

The JCPOA was reached between Iran and the P5+1 group of countries — the US, Russia, China, France, Britain, and Germany — in July 2015 and took effect in January 2016. Under the deal, Iran applied some limits to its nuclear program in exchange for the termination of all nuclear-related sanctions against it.

The International Atomic Energy Agency (IAEA), the official institution tasked with certifying Iranian compliance, has repeatedly confirmed that Iran is adhering to its obligations under the deal.

Except the US, all the other signatories to the JCPOA have on several occasions underlined the need to preserve the accord.