TEHRAN, October 4 - The Iranian Foreign Ministry spokesman has extended his sympathies to the Americans over the “heinous crime” in Las Vegas, Nevada, the deadliest mass shooting in modern US history. 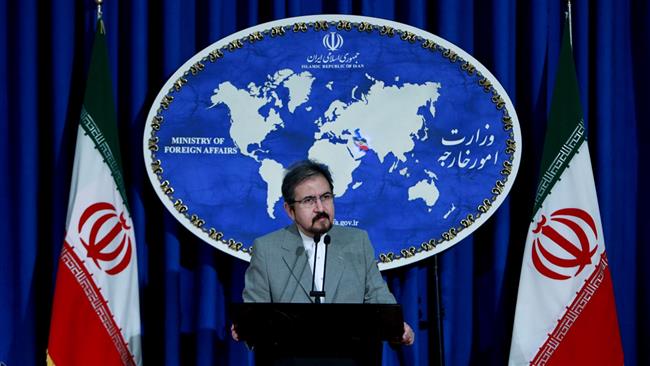 TEHRAN, Young Journalists Club (YJC) - Bahram Qassemi on Tuesday offered sympathy to the American people, particularly the bereaved families of those killed in the recent deadly shooting in Las Vegas.

He expressed regret over the “heinous” crime which killed tens of civilians and injured many others.

At least 59 people were killed and nearly 530 others injured when a gunman opened fire at a music concert in Las Vegas on Sunday night.

Retired accountant Stephen Craig Paddock, 64, carried out the deadliest mass shooting in US history at the open-air concert.

The gunman rained down bullets from the 32nd floor of the Mandalay Bay Resort and Casino for several minutes before shooting himself dead, according to police.

Law enforcement authorities have discovered an arsenal of weapons and ammunition from Paddock’s hotel room and house.

Las Vegas Police Department Assistant Sheriff Todd R. Fasulo said that 23 guns were found in Paddock’s hotel room, and 19 were discovered out of his home in Mesquite.

Investigators have found no link to international terrorism, despite a claim from the Daesh terrorist group. Some investigators said the gunman might have had psychological issues, but there is no confirmation of this.

According to a study published on Monday hours after the massacre in Las Vegas, more than 100,000 people are shot each year in the US at a total cost of $45 billion, a cost that includes lost wages and hospital charges.

The study, published in the journal Health Affairs, found more than 100,000 people each year were shot, either as part of an assault, accidentally or while attempting to kill themselves.