Catalonia to move to declare independence from Spain on Monday

TEHRAN, October 4 - Catalonia will move on Monday to declare independence from Spain, a regional government source said, as the European Union nation nears a rupture that threatens the foundations of its young democracy and has unnerved financial markets. 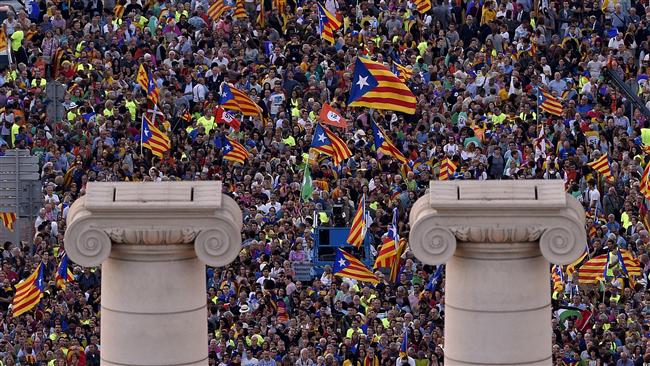 TEHRAN, Young Journalists Club (YJC) - Pro-independence parties which control the regional parliament have asked for a debate and vote on Monday on declaring independence, the source said. A declaration should follow this vote, although it is unclear when.

Catalan President Carles Puigdemont earlier told the BBC that his government would ask the region’s parliament to declare independence after tallying votes from last weekend’s referendum, which Madrid says was illegal.

“This will probably finish once we get all the votes in from abroad at the end of the week and therefore we shall probably act over the weekend or early next week,” he said in remarks published on Wednesday.

On Wednesday, the Ibex stock index .IBEX, fell below 10,000 points for the first time since March 2015 as bank stocks tumbled. In a sign of the nervous public mood, Catalonia's biggest bank, Caixabank (CABK.MC), and Spain's economy minister had earlier sought to assure bank customers that their deposits were safe.