TEHRAN, October 4 - Saudi Arabia’s King Salman has arrived in the Russian capital, Moscow, on a first such visit by a monarch in the kingdom’s history. 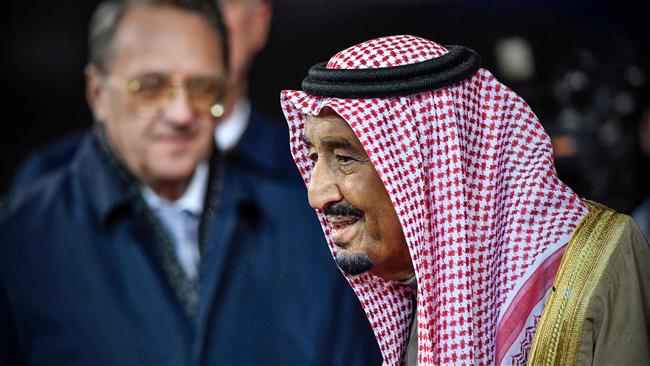 TEHRAN, Young Journalists Club (YJC) - Salman landed in Moscow’s Vnukovo Airport early on Wednesday to launch a four-day visit, which many say would take him to discussions on the global oil market and the situation in Syria.

The trip marks a huge turnaround in ties between Russia and Saudi Arabia, two countries that have repeatedly come at odds over the conflict in Syria. Moscow has backed Syria’s fight against terror and has even deployed boots on the ground. Riyadh, however, has openly backed groups that have used violence to topple the government of President Bashar al-Assad.

A major issue in talks between Salman and Russian President Vladimir Putin, who are expected to meet on Thursday, would be how to make the foreign-backed opposition in Syria to bow to international calls to lay down arms. Saudis have a considerable leverage on an umbrella organization of opposition groups known as the High Negotiation Committee. The HNC, which has its headquarters in Riyadh, has yet to endorse United Nations calls for attending peace talks without preconditions.

Russia and Saudi Arabia still have many issues to agree upon, including how to control the production of oil to help boost prices in international markets. The two biggest crude producers in the world agreed on cuts in November 2016.

Russia is seeking a bigger share in oil projects in Saudi Arabia, while Russian companies have always looked for opportunities to invest in the kingdom. That could be highlighted during Salman’s meeting with Russian Prime Minister Dmitry Medvedev, which is expected on Friday.