TEHRAN, October 5 -A panel in the US House of Representatives has approved a major border security bill that includes $10 billion for President Donald Trump’s controversial wall on the border with Mexico. 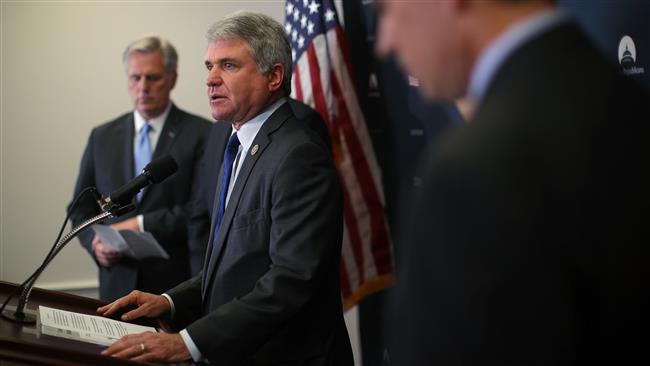 Aside from the wall funding, the proposed bill allocates an additional $5 billion to improve ports of entry and allows the government to add up to 5,000 agents to both the Border Patrol and Customs and Border Protection.

Under the legislation, the federal government would also be allowed to reimburse states up to $35 million for using their National Guard assets to boost border security.
The bill was expected to enter the House floor among debates over whether border security provisions should be tied to potential bills that are supposed to protect recipients of the Deferred Action for Childhood Arrivals (DACA) program, which Trump rescinded last month.

All of Trump’s attempts to secure funding for his wall in Congress have been blocked by heavy opposition from Democrats and some Republicans.

The opponents say Trump’s supporters in Congress are trying to bypass opposition to the wall by adding McCaul’s bill to legislation that are supposed to protect 800,000 immigrants that entered the US as children protected by DACA.

Prior to the voting, McCaul praised Trump's focus on border security and called on the committee members to seize the opportunity.
"We finally have a partner in the White House who has prioritized this issue, and it's time for Congress to do its job," he said.

Some of the committee members blasted McCaul’s bill as an attempt to appease the Republican president, who made the border wall a central promise of his presidential campaign.

"There was a time in the not too far distant past when this committee cared for facts, data and results," said ranking member Bennie Thompson of Missouri, calling the legislation a move to "fulfill a misguided campaign promise."