TEHRAN, October 6 -The Spanish Constitutional Court has ordered a suspension of a Catalan parliament session on Monday, at which the local MPs planned to announce the region's unilateral independence from Madrid. 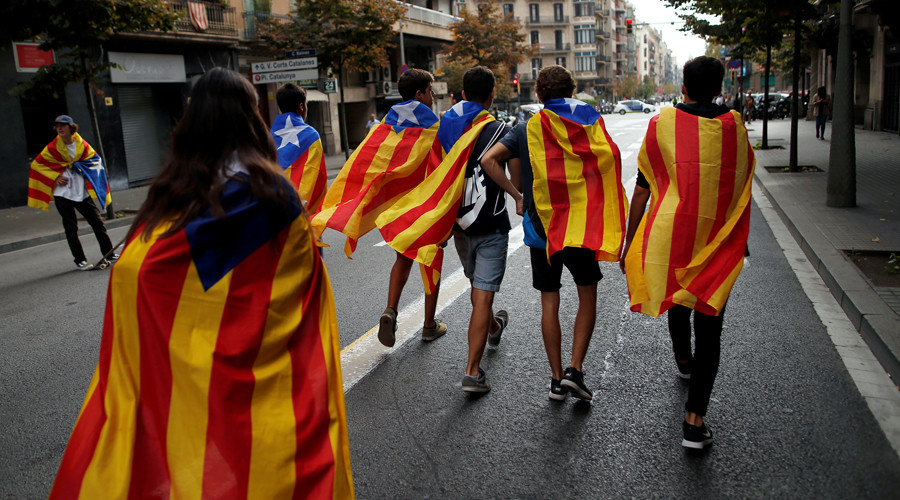 TEHRAN, Young Journalists Club (YJC) -The court ruling came as a result of a legal challenge by the Catalan Socialist Party, which sees Catalonia as part of Spain and opposes secession from Madrid, according to El Pais.

Earlier, lawyers for the Catalan regional parliament had also warned that Monday’s session would be illegal due to the referendum it is planning to address, which was outlawed by the Constitutional Court, AP reported.

Spanish Prime Minister Mariano Rajoy has again called on Catalan leaders to give up on any unilateral declaration of independence.

“Is there a solution? Yes, there is,” Rajoy said in an interview with Efe news agency. “And the best one would be a return to legality and the swiftest possible confirmation that there won’t be a unilateral independence declaration because that way greater evils could still be avoided.”

Catalan regional leader Carles Puigdemont reiterated on Wednesday that that the local authorities “have to present the results of the referendum to parliament” in the next couple of days.

An independence referendum was held in the prosperous Spanish region of Catalonia on Sunday, despite the central government in Madrid labeling it “unconstitutional.”

According to local authorities, around 90 percent of the voters said “yes” to cutting ties with Spain in the plebiscite, in which less than half of the Catalan population participated.

The EU has urged both sides to refrain from steps that would provoke more unrest, as seen last Sunday.

European Commission First Vice President Frans Timmermans said on Thursday, however, that EU member states have the right to use “proportionate” force to defend the rule of law.

Earlier, the European Commission backed the Spanish government’s stance that the referendum was unlawful, calling the police crackdown an “internal matter” for Spain.

The comments by the EU led to accusations of “hypocrisy” by Serbian President Aleksandar Vucic, who said: “How come that in the case of Catalonia the referendum on independence is not valid, while in the case of Kosovo, secession [from Serbia in 2008] is allowed even without a referendum?”