Serbia rejects US calls to cut ties with Russia

TEHRAN, November 3 - Serbia has rejected calls by the United States to choose to have relations either with Russia or the West, saying Belgrade prefers to keep balanced ties with Russia, China, and the West at the same time. 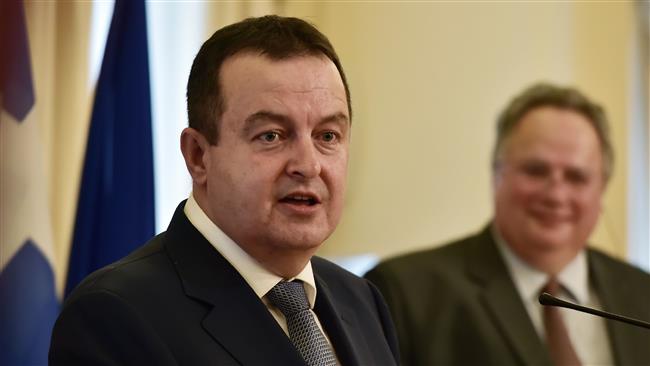 TEHRAN, Young Journalists Club (YJC) -Serbian Foreign Minister Ivica Dacic said on Thursday that his country would act based on “what is in our own best interest.”

“What we do not want is that someone pulls our own chair from under us... what is important is to see what is in our own best interest,” Dacic told Reuters.

He made the remarks in response to calls made earlier this month by a senior US diplomat, who said Serbia “cannot sit on two chairs at the same time.”

“Countries must choose which path to follow, regardless of how difficult it would be, the country has to make its strategic choices, which must be part of official policy,” said US Assistant Secretary of State for Europe and Eurasia Hoyt Brian Yee (seen below).
Yee said the “Russian notion differs from the European vision for the Balkans,” and that countries looking to join the European Union (EU) needed to make their choice clear.

Serbia has moved to improve military ties with Russia. It has also been following an EU membership bid since 2012.

In an earlier reaction to those comments, the head of Serbia’s EU negotiating team, Tanja Miscevic, said Belgrade was not “sitting on two chairs” because it had a clear political and strategic orientation toward the EU.

Serbian Defense Minister Aleksandar Vulin also described the US pressure to choose sides as “the heaviest public and very undiplomatic pressure on our country.”

The West has previously privately pressured the Serbian government to end ties with Moscow and join the West in implementing sanctions against Russia, according to members of the Serbian cabinet.