TEHRAN, October 7 -The United Nations has defended its new global assessments on slavery, rejecting claims by India’s intelligence agency that the estimates in the report taint the Asian state’s “image and exports.” 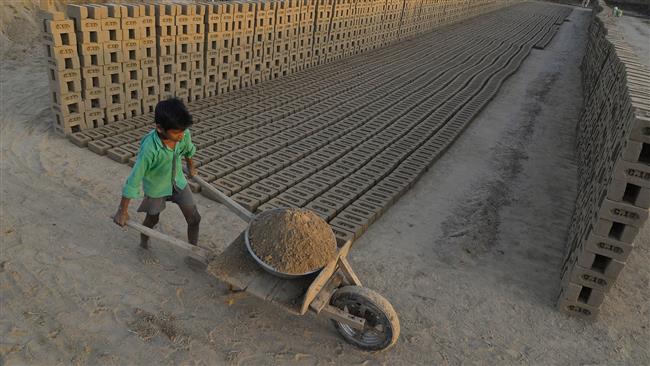 It found that more than 40 million people throughout the world were victims of modern day slavery in 2016, AP reported Saturday.

According to the UN estimate, 62 percent of those in forced marriages or forced labor -- such as construction or domestic work -- were in the Asia-Pacific region, but it did not provide any country-specific data.

According to the press reports, the bureau further cautioned that “global documentation on slavery is increasingly targeting India as home to the highest number of slaves in the world,” urging a rigorous state campaign to “discredit” the information.

However, ILO authorities denied claims that India was deliberately targeted and insisted that they had full confidence in the findings of the report.

“The memo is based on a misunderstanding. There are no national figures in the data. We don’t single out any country,” said ILO’s chief of the Fundamental Principles and Rights at Work, Beate Andrees.

She further added, “We collaborated with Walk Free for a global figure as there was there was a strong demand among practitioners who found it unhelpful to have competing numbers on this.”

According to Indian press reports, the memo cited figures from a 2016 report by the Walk Free Foundation estimating that 40 percent – more than 18 million – of the world’s estimated 45.8 million slaves were in India.

The country’s intelligence agency, the reports added, had also emphasized that the data from the ILO-Walk Free Foundation report was based on “questionable statistics,” interviewing over 17,000 people in India versus only 2,000 or less in other nations.

Human rights campaigners, however, insist that the leaked intelligence memo may be part of a wider policy by the government in New Delhi to crack down on civil society groups that express dissent or attempt to show India in a poor light.