TEHRAN, October 7 -The head of the International Atomic Energy Agency (IAEA) has rejected criticism that the organization under his watch is being “too soft” on Iran. 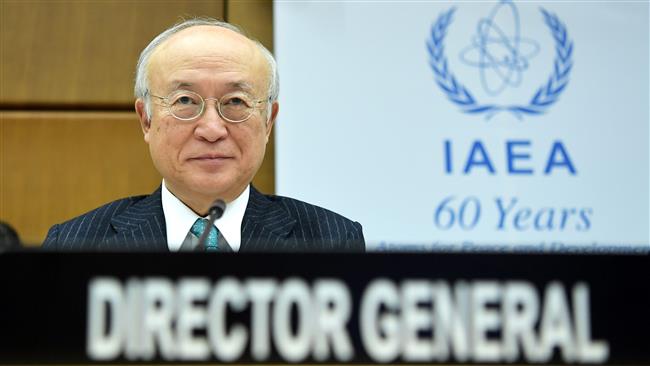 TEHRAN, Young Journalists Club (YJC) - In an interview with The Los Angeles Times, which was published on Friday, IAEA Director-General Yukiya Amano was asked whether critics had a point in purporting that the agency is being “too soft” on Iran.

Based on the agreement, Iran has agreed to apply certain limits to its nuclear program in return for the termination of nuclear-related sanctions by the United Nations Security Council, the US, and the European Union.

The new administration in the US, which took over two years after the deal was struck, has, however, been opposed to it and has in the past pressed the IAEA to request access to Iranian military sites without a valid reason and in an attempt to undermine the deal. The agency has withstood that pressure, making it clear that there is no need to request such access “just to send a political signal.”

In the Friday interview, Amano reiterated that the agency’s job was apolitical.

Asked about why he was not authorizing the release of more information about monitoring in Iran, he said data obtained from Iranian nuclear sites was “confidential.”

“The information collected by inspectors must be kept confidential,” he said, adding that there had been no legitimate reason to warrant the release of data, such as a UN resolution or a concern of a violation by Iran.

Among the parties to the deal, the Trump administration is alone in opposing it. All the other parties have been citing the repeated reports by the IAEA to stress that the deal is working and that it must stand.

Trump is expected to refuse to certify Iranian compliance with the deal to the US Congress under an American law in the near future.

Amano reaffirmed that his agency would keep performing its specified duties in a professional manner.

“We simply keep on working and monitoring and verifying the nuclear-related commitments made by Iran under the [nuclear deal] in an impartial, objective and professional manner. So, whatever happens, we keep on working,” he said.