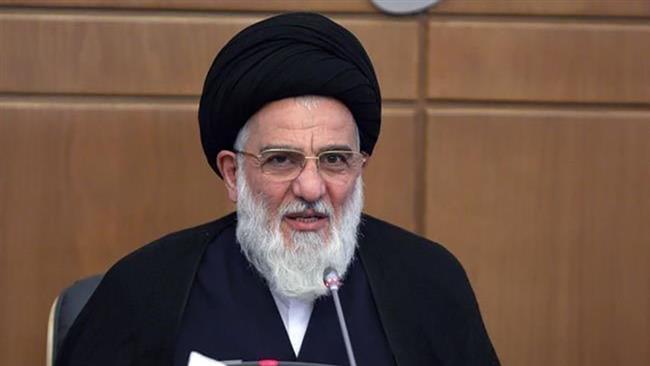 TEHRAN, Young Journalists Club (YJC) - “It is crystal clear that the US and Israel are the architects of this dangerous move and plot in the region and they seek to create a new Israel in the region,” Hashemi Shahroudi said during a meeting of the council in Tehran on Saturday.

He expressed great sorrow over efforts to instigate another act of sedition in Iraq’s Kurdistan region and break up the Muslim country, emphasizing that the secessionist “move is undoubtedly a major act of treason against the region and the Muslim world.”

The senior Iranian cleric added that the US was playing a “dangerous” role in regional developments and noted Washington supported the Kurdistan independence referendum and sought to compel Baghdad to accept the secession plan.

However, Hashemi Shahroudi, said the Iraqi government and nation were vigilant and “regional countries, including the Islamic Republic of Iran and Turkey, have adopted a firm and principled stance vis-à-vis this new plot.”

The Kurdistan Regional Government (KRG) held a non-binding referendum on September 25 on secession from the central government in Baghdad in defiance of Iraq’s stiff opposition.

Major regional and international parties have voiced serious concern over the secessionist move, saying it would compound the problems of the country, which is already busy with counter-terrorism operations against the Daesh terrorist group.

In a meeting with Turkish President Recep Tayyip Erdogan in Tehran on Wednesday, Leader of the Islamic Revolution Ayatollah Seyyed Ali Khamenei said the United States and Israel benefit from the recent referendum in Iraq’s Kurdistan region and stressed that Washington and foreign powers seek to create a new Israel.

"The United States and foreign powers are untrustworthy and seek to create a new Israel in the region," Ayatollah Khamenei said.

The Leader stressed that holding the Kurdish vote in Iraq was an act of betrayal against the region and posed a threat to the future of the Middle East, warning about the long-term repercussions of the vote for Iraq’s neighbors.