TEHRAN, October 8 -U.S. President Donald Trump said on Saturday he would be open to cutting a one-year or two-year deal with Democratic rivals as a way to kick-start reform of the nation’s healthcare system, a key campaign pledge made by Trump and the Republican Party. 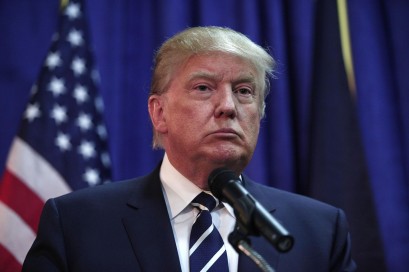 TEHRAN, Young Journalists Club (YJC) -U.S. President Donald Trump said on Saturday he would be open to cutting a one-year or two-year deal with Democratic rivals as a way to kick-start reform of the nation’s healthcare system, a key campaign pledge made by Trump and the Republican Party.

Republicans fell short several times this year in their drive to repeal former President Barack Obama’s signature domestic legislation, formally known as the Affordable Care Act, a promise the party has campaigned on for seven years.

Trump has been frustrated by the failure, openly taunting Republicans as “total quitters” and “fools” this summer over their inability in the Senate to replace Obamacare.

“If we made a temporary deal, I think it would be a great thing for people, but it’s really up to them (Democrats),” Trump told reporters at the White House.

“So if we could do a one-year deal or two-year deal as a temporary measure, you’ll have block granting ultimately to the states, which is what Republicans want,” Trump said.

Earlier on Saturday Trump said he had called Senate Democratic Leader Chuck Schumer to gauge interest in working on what he called a “great” healthcare bill to replace Obamacare.

“I called Chuck Schumer yesterday to see if the Dems want to do a great HealthCare Bill,” Trump wrote on Twitter earlier on Saturday. “ObamaCare is badly broken, big premiums. Who knows!”

Schumer said Trump had told him during the phone call on Friday that he wanted to try again to repeal and replace Obamacare.

“I told the president that’s off the table,” Schumer said in a statement. “If he wants to work together to improve the existing health care system, we Democrats are open to his suggestions.”

Alexander pulled out of the talks last month as a new Republican bill to repeal Obamacare gained momentum. After that bill collapsed, Alexander said he would again consult with Murray.

Although Democrats have been mostly united against Trump’s agenda, there is a precedent for a bipartisan deal. Last month, Trump sided with Democrats in a surprising debt limit deal that blindsided Republicans and left conservative groups aghast.

But there are still wide policy differences between Democrats and Trump. His administration on Friday undermined requirements under Obamacare that employers provide insurance to cover women’s birth control.

A new rule will allow businesses or non-profit organizations to lodge religious or moral objections to obtain an exemption from the law’s mandate that employers provide contraceptives coverage in health insurance with no co-payment.

A Democratic aide said the Trump administration would have to abandon such efforts before it could reach a healthcare deal with Republicans.

“Particularly after the birth control decision yesterday, the administration has to stop sabotaging the law before anything real can happen,” the aide said on condition of anonymity.