TEHRAN, October 10 -Ankara has issued a detention warrant for a second US consulate worker, according to media reports. It comes after Turkey’s justice minister urged the US to reverse its decision to suspend visas for Turkish citizens. 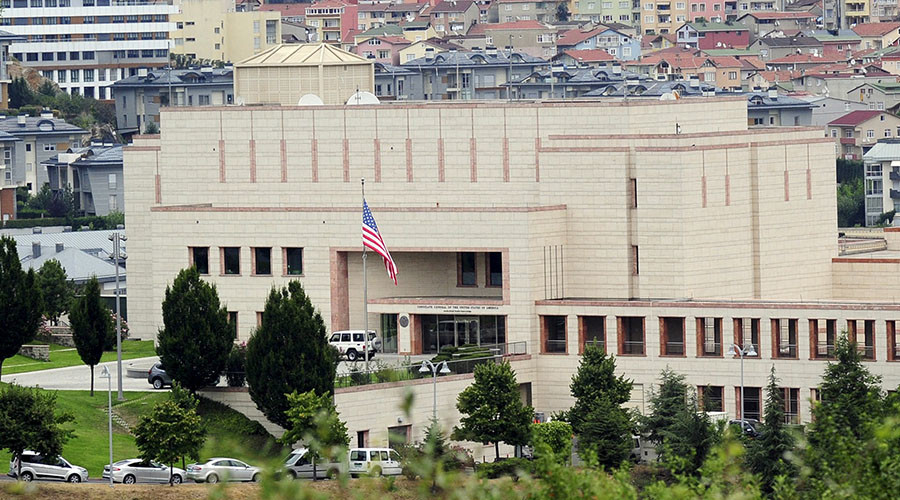 TEHRAN, Young Journalists Club (YJC) -Turkish authorities announced, without giving a reason, that a second employee of the US consulate in Istanbul had been “invited” to the city’s chief prosecutor’s office to testify, AP reported.

Reports say the employee is a Turkish citizen, and the prosecutor’s office said his wife and child have also been detained for questioning.

It follows the arrest of Metin Topuz, a Turkish citizen who worked at the US general consulate in Istanbul. He is alleged to have ties to exiled Turkish cleric Fethullah Gulen, whom Ankara blames for a failed coup attempt last summer.

A court has ruled that Topuz will remain in custody while his alleged links to Gulen are investigated.

Topuz's arrest prompted the US to announce that it was suspending "all non-immigrant visa services at all US diplomatic facilities" in the country, citing "recent events" which have "forced the United States government to reassess the commitment of the Government of Turkey to the security of US mission facilities and personnel."

The Turkish embassy in Washington responded to the US embassy's visa suspension announcement by suspending visas to US citizens. It released virtually the same statement as the American embassy, only replacing the country names.
Turkey's justice minister urged the US to "revise" its visa suspension decision following the arrest of Topuz, stressing that his nation's government has the right to try its citizens for crimes committed in the country.

"Trying a Turkish citizen for a crime committed in Turkey is our right. I hope the US will revise its decision in this light," Abdulhamit Gul told A Haber television, as quoted by Reuters.

Meanwhile, Turkey's Foreign Ministry summoned the US embassy undersecretary on Monday, stating that the visa suspension has caused "unnecessary tensions" and should be reversed, sources told Reuters.

They added that Turkey's Foreign Ministry undersecretary also spoke with the US ambassador by phone on Sunday.

Turkish President Recep Tayyip Erodgan's post-coup crackdown, which has been criticized by Western governments, has seen tens of thousands of people arrested and more than 150,000 soldiers, police officers and officials dismissed or suspended from their posts.