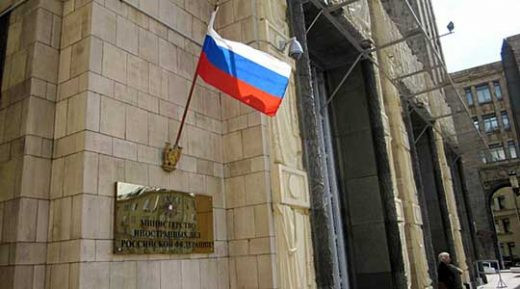 The news comes a few days before the US president's expected announcement of a final decision on his Iran strategy.

In his planned speech on October 15, Trump is expected to designate the IRGC as a terrorist organization. Moreover, he is reportedly planning to announce that he will not certify the nuclear agreement, known as the Joint Comprehensive Plan of Action (JCPOA), reached between Iran and the P5+1 group of countries in 2015.

On Monday, Iranian Foreign Minister Mohammad Javad Zarif warned that Tehran will take reciprocal measures against a potential “strategic mistake” by Trump to blacklist the IRGC.

“If American officials make such a strategic mistake, the Islamic Republic of Iran will take a reciprocal measure,” Zarif said, adding, “Some measures have been thought out in this regard and will be taken at the appropriate time.”

The IRGC chief commander, Major General Mohammad Ali Jafari, said on Sunday that Iran would treat US troops like Daesh terrorists if the IRGC was designated as a terrorist organization by the US.

Trump’s efforts to blacklist the IRGC come as the advisors of the Iranian elite force are currently assisting the Iraqi and Syrian forces in their anti-terrorism campaign against Daesh Takfiri militants and other terrorist groups in both countries.

While the IRGC’s advisory military missions in Iraq and Syria, both hit by Daesh terrorism, have significantly boosted Iran’s geopolitical influence in the region, the White House seeks to label Tehran’s growing regional role as violation of the “spirit” of the JCPOA.

The nuclear agreement, however, is solely about Iran’s nuclear activities and it does not incorporate non-nuclear issues.

Meanwhile, the Trump administration, which has long railed against the nuclear agreement, has failed to provide any evidence against the fact that Iran has been fully compliant with the deal.

The International Atomic Energy Agency (IAEA) is the only official institution in charge of verifying Iranian compliance, and it has repeatedly confirmed Iran’s adherence to its contractual obligations.

On Monday, IAEA Secretary General Yukio Amano reassured Iran that political developments, particularly in the United States, will not influence the organization’s reporting on the Islamic Republic, noting that the agency’s reports are based on objective assessments, Presstv reported.

Washington, however, seeks to sway the IAEA, pressuring the UN nuclear agency to request access to Iranian military sites, a measure which Tehran has fiercely opposed to as a red line.

According to reports, the US president plans to declare that the nuclear deal is not in the national interest of the United States and send the issue to Congress. The US lawmakers will then have to decide whether to restore the anti-Iran sanctions that the US has agreed to waive as long as Tehran is compliant with the JCPOA.

The European parties to the deal, along with Russia and China, have long expressed firm support for the deal, stressing they will adhere to the JCPOA even in case of US withdrawal.

Share to
Related News
Russian deputy FM Calls Trump’s stances against JCPOA ‘irresponsible’
Iran says to retaliate in case of any US action against IRGC
Defense Minister: IRGC most powerful anti-terrorist organization
Rouhani says nuclear deal ‘big test’ for all states
US too petty to stand against IRGC
Iran Armed Forces spokesman says time to teach new lessons to US
Velayati says US angry at IRGC over fighting Daesh terrorists
CAATSA is not in tally with international law
Iran to reciprocate US measures against IRGC
Tags
Russia ، IRGC ، US
Your Comment