TEHRAN, October 10 - An Egyptian court has condemned eight people to death over an attack on a police station that followed the 2013 ouster of then President Mohammed Morsi. 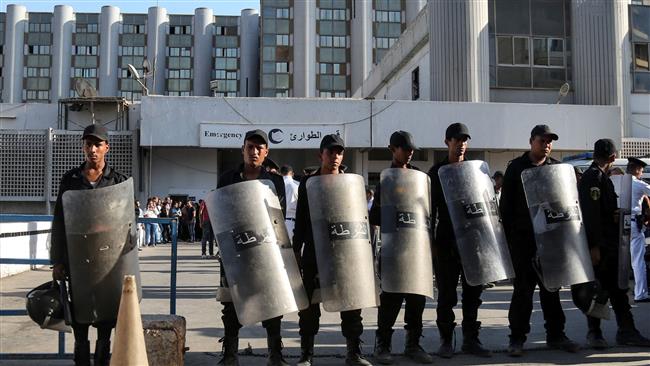 TEHRAN, Young Journalists Club (YJC) - The court on Tuesday handed down sentences to a total of 68 people, saying the defendants killed three people and wounded several others in a shooting attack on

Helwan police station in a southern suburb of Cairo on August 14, 2013.

Fifty defendants were jailed for life while 10 others received jail terms of between five and 10 years.

The court said the defendants should also pay some 2.8 million pounds ($160,000, 135,000 euros) in damages for destroyed property and as compensation to the interior ministry because they had torched the building of the police station in question and 20 police vehicles parked nearby. The verdicts can be appealed.

The attack came after the Egyptian military launched a sweeping crackdown on the supporters of Morsi who at the time were protesting his removal from power through a coup. Before the attack on Helwan, some 700 people had been killed in violent action by police on those staging peaceful protests in Cairo.

The government of Abdel Fattah el-Sisi, the former head of the armed forces who is believed to have led the 2013 coup, has declared Morsi’s Muslim Brotherhood party, the most dominant opposition group in Egypt, as illegal, while courts have handed down hundreds of death sentences to Brotherhood members over the past three years. Tens of thousands of people have also been jailed and await prosecution in what many rights groups designate as a deliberate muzzling of activists and dissenters.

Egyptian courts have also been busy handing down death sentences to militants who have carried out numerous attacks in the country since the rise of Sisi to power. The courts say the militants have been inspired by Brotherhood’s ideology and its opposition to the government.