TEHRAN, October 11 - Millions of French people started a strike which led to disruption of flights and school activities. 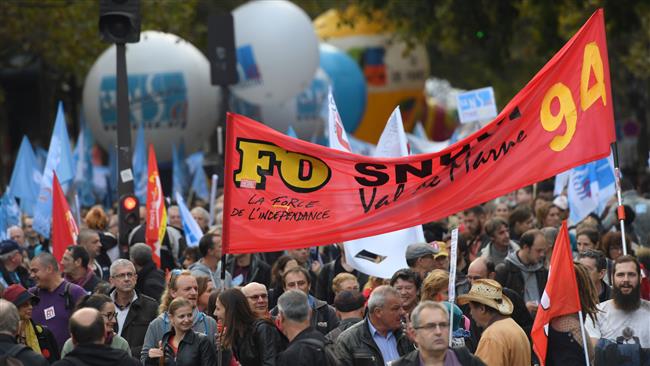 Further, government employees as well as teachers and nurses staged a rally to demonstrate their protests to the young President’s policies.

According to Reuters, this is for the first time in France’s history that a 5-million congregation of all unions stage such a large strike.

The last moth’s protests staged against the reform of labor law in France kicked off by private sector unions leadership failed to change Macron’s policies.

France, with more than 120,000 employees losing their jobs in hospitals, schools, airports and ministries as an act of labor adjustment.