Key US lawmakers back enforcing Iran nuclear deal, not ending it

TEHRAN, October 11 - Two key US lawmakers in Congress say Washington should work with allies to strictly enforce the Iran nuclear deal rather than pull out of the international agreement. 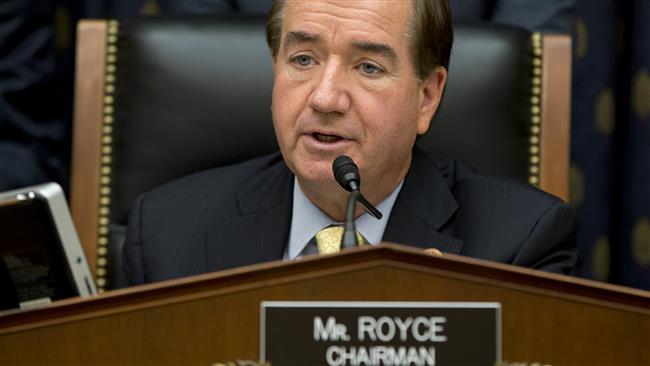 TEHRAN, Young Journalists Club (YJC) - "As flawed as the deal is, I believe we must now enforce the hell out of it," Ed Royce, the Republican chairman of the House of Representatives Foreign Affairs Committee, said at a House hearing on Wednesday.

The nuclear deal, known as the Joint Comprehensive Plan of Action (JCPOA), was reached in 2015 between Iran and the P5+1 (the five permanent members of the UN Security Council -- China, France, Russia, UK, US -- plus Germany).

Royce, like every other Republican in the US Congress, opposed the nuclear agreement reached during the administration of former President Barack Obama, a Democrat.

Engel said at the hearing that killing the deal would be a “grave mistake,” since it is in place and backed by US allies and other powers.

“We need to work with allies and partners on a shared agenda that holds the regime in Iran accountable, not dividing America from our closest friends across the globe,” he said.

Under a law passed by Congress in 2015, the president must certify the deal every 90 days. The next deadline is Sunday.

The Trump administration, which took over a year after the JCPOA had come into force, has repeatedly attacked the agreement and desperately sought a pretext to scrap or weaken the deal.

In his remarks Wednesday, Royce said whatever decision Trump makes, he must fully explain his reasoning.

“Whatever he decides, it is critical that the president lay out the facts,” Royce said. “He should explain what his decision means, and what it doesn’t. And then, I hope — as I have tried to do here today — the president will define a responsible path forward to confront the full range of threats posed by Iran.”