TEHRAN, October 15 - A former Chinese justice minister has been expelled from the ruling Communist Party following an investigation by the anti-corruption watchdog, the first time the government has announced that she was in trouble. 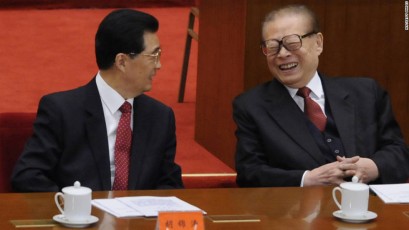 TEHRAN, Young Journalists Club (YJC) -A former Chinese justice minister has been expelled from the ruling Communist Party following an investigation by the anti-corruption watchdog, the first time the government has announced that she was in trouble.

Wu Aiying, 65, was justice minister from 2005 until February this year, according to her official resume, and one of only a handful of senior female officials in China.

In a statement released late on Saturday following a four-day meeting of the party’s Central Committee, the largest of its elite ruling bodies, Wu’s name was listed as one of a number of officials to have been expelled from the party for graft.

While the other names listed, including former Chongqing city party boss, Sun Zhengcai, had been announced earlier, Wu’s name had not been mentioned by the party in connection with any investigation.

The Central Commission for Discipline Inspection found that Wu had “serious discipline problems”, the communique said using a euphemism for corruption, but gave no other details.

It was not possible to reach Wu or a representative for comment.

Wu had spent most her career working in the eastern province of Shandong, where she rose to become a deputy provincial party chief, before moving to Beijing in late 2003 to work at the Justice Ministry.

China’s legal authorities have been one of the focuses of President Xi Jinping’s crackdown on deep-rooted corruption, with powerful former domestic security chief Zhou Yongkang, and many of his allies and former associates, jailed.

It is not clear if Wu had any direct connection with Zhou.

The WeChat account of the state-run Beijing News, Political Matters, said that Wu was known to be a no-nonsense straight talker, once shouting at an underling when a mobile phone rang in the middle of a meeting.

The announcement about Wu comes a few days before the party opens a key, once-in-five-years Congress on Wednesday, which will see Xi strengthen his power and promote key allies and aides.