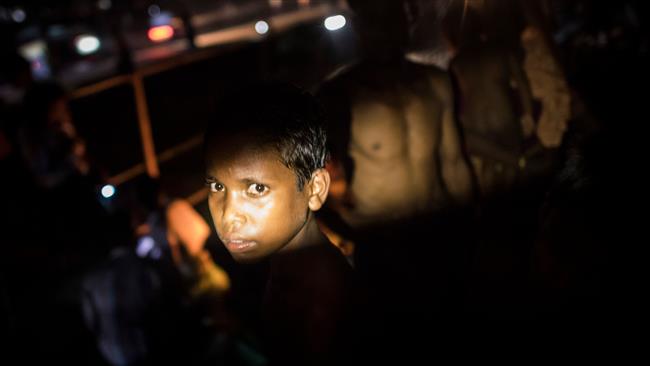 TEHRAN, Young Journalists Club (YJC) - Since August, some 580,000 Rohingya Muslims have fled a scorched earth campaign by the Myanmar military forces and local mobs and crossed into Bangladesh.

However, they are now facing a slew of new dangers in the overcrowded refugee camps that are attracting organized crime gangs.

"We've heard stories of people coming in and offering people, looking for orphans and saying, 'We'll take you to a safe place'," Zia Choudhury, Bangladesh country director for the humanitarian group CARE, was quoting as saying by ABC News on Thursday.

"[They're] offering people jobs to go and work as cleaners or maids, and we know that those are organized gangs who are going to whisk these vulnerable people away and take them to some worse situation,” he added.

According to a humanitarian response plan put together this month by the United Nations, around 448,000 people in the refugee camps are in dire need of because of gender-based violence, including rape, sexual assaults and trauma from witnessing attacks on others.

The UN has denounced the Myanmar government’s persecution of the minority as “ethnic cleansing.”

Meanwhile, the United Nations Children’s Fund (UNICEF) said Friday that nearly 340,000 Rohingya children living in the camps did not have access to enough food, clean water and healthcare.

“This isn’t going to be short-term, it isn’t going to end anytime soon,” UNICEF official Simon Ingram told reporters, warning that the number increases by 12,000 children each week.

“So it is absolutely critical that the borders remain open and that protection for children is given and equally that children born in Bangladesh have their birth registered,” he added.

“There is a very, very severe risk of outbreaks of water-borne diseases, diarrhea and quite conceivably cholera in the longer-term,” he stated.

UNICEF is seeking $76 million under a $434 million UN appeal for Rohingya refugees for six months, but only seven percent of the appeal has been funded, Ingram added.