TEHRAN, October 22 -Former U.S. President Jimmy Carter said he would be willing to travel to North Korea on behalf of the Trump administration to help diffuse rising tensions, The New York Times reported on its website on Sunday. 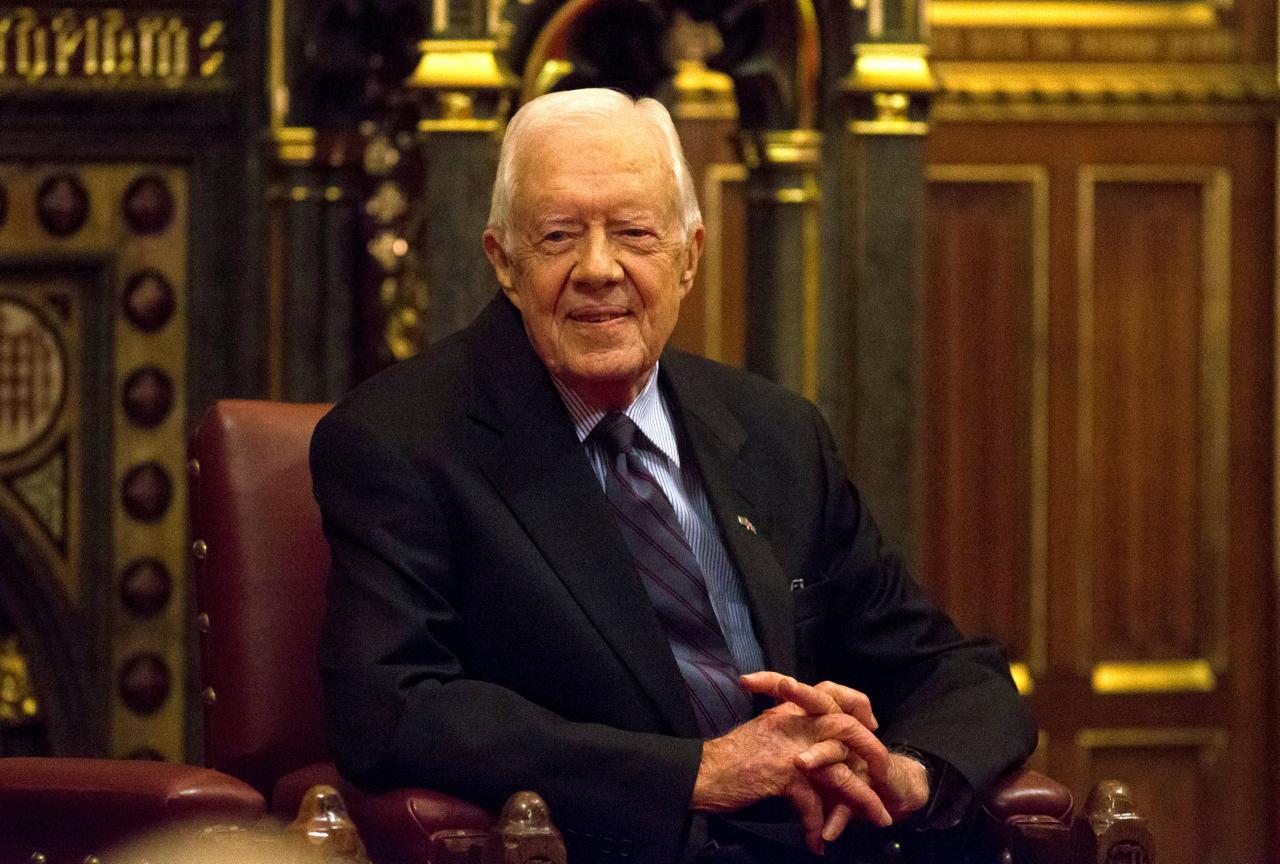 TEHRAN, Young Journalists Club (YJC) -Former U.S. President Jimmy Carter said he would be willing to travel to North Korea on behalf of the Trump administration to help diffuse rising tensions, The New York Times reported on its website on Sunday.

“I would go, yes,” Carter, 93, told the Times when he was asked in an interview at his ranch house in Plains, Georgia whether it was time for another diplomatic mission and whether he would do so for President Trump.

Carter, a Democrat who was president from 1977 to 1981, said he had spoken to Trump’s National Security Adviser Lt.-Gen. H. R. McMaster, who is a friend, but so far has gotten a negative response.

”I told him that I was available if they ever need me,” the Times quoted Carter as saying.

Told that some in Washington were made nervous by Trump and North Korean leader Kim Jong Un’s war of words, Carter said “I‘m afraid, too, of a situation.”

”They want to save their regime. And we greatly overestimate China’s influence on North Korea. Particularly to Kim,” who, Carter added, has ”never, so far as I know, been to China.”“And they have no relationship. Kim Jong-il did go to China and was very close to them.”

Describing the North Korean leader as “unpredictable,” Carter worried that if Kim thinks Trump will act against him, he could do something pre-emptive, the Times reported.

“I think he’s now got advanced nuclear weaponry that can destroy the Korean Peninsula and Japan, and some of our outlying territories in the Pacific, maybe even our mainland,” Carter said.

In the mid 1990s, Carter traveled to Pyongyang over the objections of President Bill Clinton, the Times report said, and struck a deal with Kim Il Sung, grandfather of the current leader.