TEHRAN, October 22 - Iranian Foreign has written a letter to the EU Foreign Policy Chief Frederica Mogherini, expressing Iran’s objects to certain cases of violating Iran’s nuclear deal and breaking promises by the US, and specially what was mentioned in US President Donald Trump’s recent hostile remarks against the Islamic Republic of Iran. 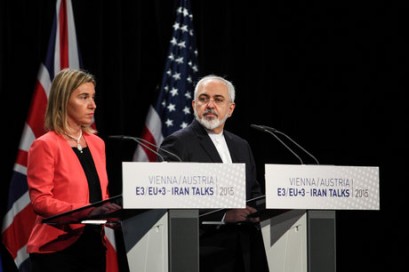 TEHRAN, Young Journalists Club (YJC) - The letter has been the 10th one sent since signing the nuclear deal, officially known as the Joint Comprehensive Plan of Action (JCPOA), and registered in the nuclear deal’s joint commission.

Zarif has already said that he would sent a letter to the EU and would refer to violating articles 26, 28 and 29 of the nuclear deal.

Zarif said that despite Trump’s claims, it is Iran which has registered numerous cases of US failures in complying with its commitments to the deal.

Iran has already sent another letter to the UN Secretary General on October 13 and called for registering the statement on Trump’s remarks as the UN Security Council’s document.