Additional sanctions against Iran to isolate US economically: American Prof.

TEHRAN, October 22 - A senior professor of anthropology at the University of Minnesota warned against the consequences of Washington’s additional sanctions against Tehran and its withdrawal from the 2015 nuclear deal, saying the US would become “economically isolated” in that case. 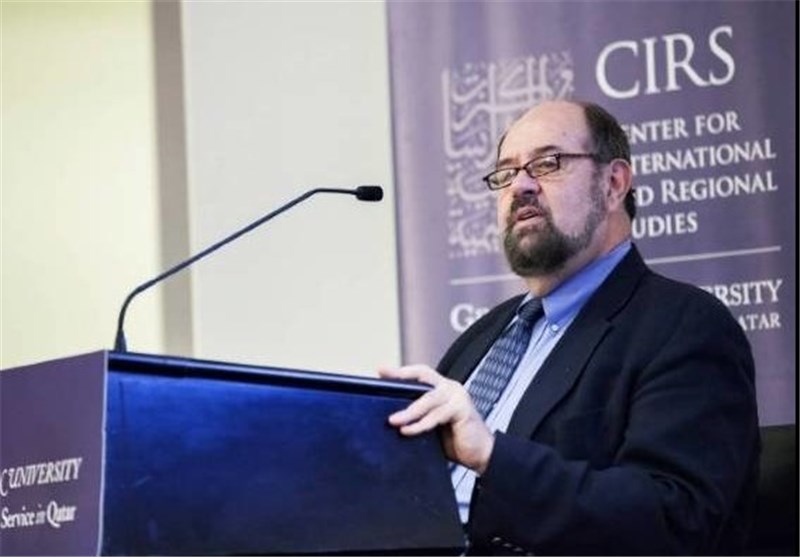 TEHRAN, Young Journalists Club (YJC) - “If the United States does impose additional sanctions, another effect will be that the United States will gradually become economically isolated,” William Beeman said in an interview with the Tasnim News Agency.

William O Beeman is an internationally known expert on the Middle East and the Islamic World, particularly Iran, the Persian Gulf Region and Central Asia. He has also conducted research in Japan, India, Nepal, China and Europe. Beeman is also an actor, author, and singer.

Tasnim: As you know, US President Donald Trump, who faced an Oct. 15 deadline to tell Congress whether it will continue to certify that Iran is complying with the 2015 nuclear deal with six world powers, also known as the Joint Comprehensive Plan of Action (JCPOA), on October 13 refused to certify the multilateral deal. Now, the US Congress will have 60 days to decide whether to re-impose sanctions against Iran. What would the US withdrawal from the deal signal to the international community?

Beeman: I believe the international community has spoken loud and clear on this point. The head of the European Union has come out with an extremely strong condemnation of the Trump position. The other P5+1 nations will not withdraw from the agreement. They view the Trump administration's actions as unwarranted since Iran is in full compliance with the JCPOA. Moreover, they believe that this sends a very bad message to the world about the United States' reliability regarding international agreements. If the United States cannot be trusted to remain in an agreement where all other parties are fulfilling every provision correctly, this means that the United States may not adhere to other international agreements--so why negotiate with the Trump administration at all? If the United States does impose additional sanctions, another effect will be that the United States will gradually become economically isolated. There is a multi-billion dollar aircraft deal with Boeing Aircraft now in the pipeline. It is not clear what will happen to this if economic restrictions are reimposed, but the likelihood is that Iran will turn to Airbus for its supplies. Already economic dealings with Iran have been channeled through banks that do not have American branches. In fact, specific banking channels have been set up already to bypass the American dollar. This will continue. So, Trump's actions threaten to actually hurt the American economy in the long run. Currently, the value of trade between the United States and Iran is $120 million (imports and exports on both sides). This may not seem like a great deal, but it has the potential to grow quite a bit, and this growth potential will be lost.

Tasnim: Trump’s stance against the JCPOA is in stark contrast to other parties to the deal. Envoys from the European Union, Germany, France and Britain have declared that the JCPOA is working and Iran is complying with the agreement. What is your assessment of the comments?

Beeman: They are correct. Iran and the other P5+1 nations, as well as the European Union and the United Nations are adhering to the JCPOA, but the United States, if sanctions are reimposed, is not. In addition, it has not been emphasized enough that Iran and the United States are both signatories to the Nuclear Non-Proliferation Treaty (NPT). Iran is prohibited from developing nuclear weapons under this treaty--which is a real treaty ratified by the US Congress--and the United States is prohibited from preventing Iran from the use of peaceful nuclear technology. For the record, there is no evidence anywhere that Iran had, has or will have a nuclear weapons program. Those American and Israeli critics who assert that such a program exists are simply lying. It is worth mentioning that the United States keeps claiming that Iran's conventional ballistic missile development is "illegal." It is not. Conventional weapons are not covered by the JCPOA nor the NPT. Moreover, UN Security Council resolution 2231 that is often cited by those claiming that Iran is "in violation" of this resolution; (they) have not read it. It does not prohibit Iran from developing conventional missiles. Resolution 2231 calls for Iran to refrain from activity related to nuclear-capable missiles ("Iran is called upon not to undertake any activity related to ballistic missiles designed to be capable of delivering nuclear weapons, including launches using such ballistic missile technology"), but according to diplomats the language is not legally binding and cannot be enforced with punitive measures.

Tasnim: Trump also announced sanctions on the Islamic Revolution Guards Corps (IRGC). He accused the security body of destabilizing the Middle East and threatening American interests in the region. However, it is evident to everyone that the IRGC is playing a leading role in the fight against terrorist groups in the Middle East, like Daesh (ISIS or ISIL). What is your opinion about the sanctions and what are the reasons behind Trump’s harsh remarks?

Beeman: Actually, the Trump administration has not imposed further sanctions on the IRGC precisely for the reason you have stated. The IRGC has been accused of destabilizing the Middle East, but they are playing a crucial role against ISIS and the "generals" in the US administration have warned Trump about further sanctions on them for fear of endangering US troops and the fight against ISIS. In any case, the President by himself cannot impose sanctions (except restrictions on immigration). Congress must do it, as they did earlier this year. So it is important that people in Iran understand that Trump did not do this. Nor did he call specifically on Congress to do this. In fact, Trump's "decertification" of the JCPOA amounted to very little. The entirety of his action was to direct the decision to Congress. This is typical of his operating thus far in his administration. He makes a lot of noise about doing dramatic things, and then does next to nothing or throws the decision to other branches of government. When they fail, then he gets angry and throws tantrums. Many sober leaders in both the Democratic Party and the Republican Party cite this as evidence of his unsuitability for office and his ineffective leadership. In any case, Iranian and other world leaders need to understand that Trump talks a very big game, but is reckless and not greatly respected by foreign policy experts in the United States or in Europe.

Share to
Related News
ISIL would have taken over region if not for Iran forces
Johnson backs Trump on N Korea but urges him to stay with JCPOA
Iran's ballistic missile development completely legal: Minnesota professor
US, only country supporting end to Iran nuclear deal: Analyst
Tehran benefits most from dismantling JCPOA, analyst says
US provoking Iran to justify own belligerence: Analyst
Tags
Iran ، US ، sanctions
Your Comment