Iran not to negotiate over its missile power, says MP

TEHRAN, October 22 - A senior Iranian lawmaker stressed that the country would never negotiate with foreign countries about its missile power. 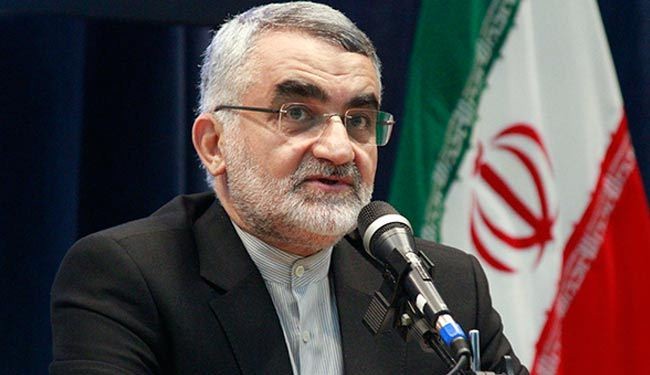 TEHRAN, Young Journalists Club (YJC) - Chairman of the Iranian Parliament’s National Security and Foreign Policy Commission Alaeddin Boroujerdi rejected recent remarks made by some European officials about the possibility of Iran’s negotiation on its missile power.

“We have repeatedly declared that our defense issues have nothing to do with the Joint Comprehensive Plan of Action (JCPOA) and nuclear talks and that the issue is among our red lines,” he said.

Every country has the right to possess defense equipment to counter any possible threats, the lawmaker said, adding that, accordingly, the Islamic Republic has strengthened its missile and defense capabilities.

“The Americans should know that Iran will not negotiate with anyone about its missile and defense issues under any circumstances,” he added.

Iran has always stressed that its military might and test of missiles is an issue relating to defense of its territorial integrity and has nothing to do with the JCPOA, the nuclear deal reached between Tehran and the Group 5+1 (Russia, China, the US, Britain, France and Germany) back in July 2015.