TEHRAN, October 24 -The Pentagon is calling for an increase in the US military footprint in Africa, where there are over 6,000 troops currently stationed. This as a top general confirms the four US soldiers killed in Niger were ambushed by an Islamic State-affiliate. 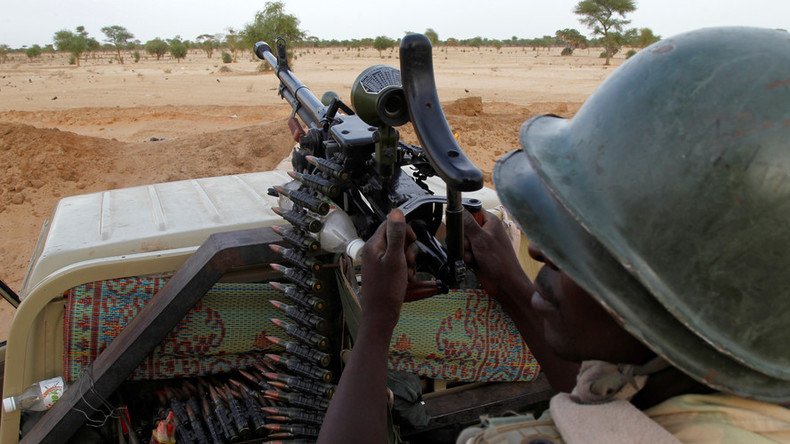 TEHRAN, Young Journalists Club (YJC) -The Pentagon is calling for an increase in the US military footprint in Africa, where there are over 6,000 troops currently stationed. This as a top general confirms the four US soldiers killed in Niger were ambushed by an ISIS.

Speaking from the Pentagon on Monday, Chairman of the Joint Chiefs of Staff General Joseph Dunford told reporters that US troops in Niger do not go on patrol with local forces unless the chances of enemy combat are “unlikely.” He confirmed the four US service members killed in the October 4 ambush were taken by surprise when they were attacked by a group of 50 militants affiliated with the  ISIS/ISIL.

US forces in Niger were ambushed by fighters from Mali, which became a terrorist stronghold after Libya collapsed into chaos and anarchy following the US intervention in 2011. Since then, neighboring countries have seen an increase in the number and severity of terrorist attacks.

While there is no direct combat mission for US troops in Niger, debate in Congress is heating up over whether to update or replace the 9/11-era authorization for use of military force, as the presence of US troops across West Africa gains widespread media coverage.

Dunford described Niger, where there are currently at least 800 US soldiers, as “inherently dangerous.”

The US has more than 6,000 troops stationed in about 53 of the 54 African countries. Most of them, approximately 4,000, are located at Camp Lemonnier in the east African country of Djibouti.

On Sunday, Senator Lindsey Graham (R-South Carolina) and Senate Minority Leader Chuck Schumer (D-New York) both said on NBC’s Meet the Press that they were unaware there were so many troops stationed in the area.

“I didn’t know there [were] 1,000 troops in Niger,” Graham said, adding that he expects to be briefed on their purpose and mission later this week.

However, Graham was one of 26 senators present for an AFRICOM hearing in March, and no lawmakers reportedly asked any questions about the number of troops in the region.