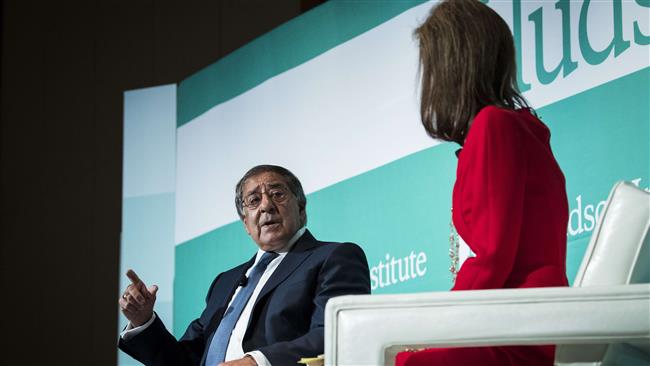 TEHRAN, Young Journalists Club (YJC) - “In foreign policy, in many ways, your word counts for a lot and when you tell someone you’re going to do something, if you fail to stick to your word, it sends a clear message to others ... that you cannot trust America as a partner,” Panetta said during a Hudson Institute forum in Washington held on Monday. “We ought to continue to enforce that agreement.”

Speaking from the White House earlier this month, Trump said he would not recertify that Tehran is complying with the 2015 nuclear agreement, known as the Joint Comprehensive Plan of Action (JCPOA).

'US Congress can't find its way to the bathroom'

The president is required by US law to certify every 90 days whether or not Iran is complying with the nuclear deal. He has certified the deal twice since coming to office.

The US Congress has 60 days to decide whether to reimpose economic sanctions against Tehran, removed under the accord.

Panetta voiced regret that the Congress is in charge of handling the deal for the US, Presstv reported.

“Congress is having a hard time sometimes finding its way to the bathroom much less dealing with issues that involve an area ... far better for the administration, for the president to deal with,” said the former Pentagon chief. “Congress should hopefully develop a way to increase the enforcement of that agreement ... but in the end, to make clear that we’re going to continue to enforce that agreement.”

He further argued that even if the Trump administration wants to pressure Tehran further it should not violate the international deal.

“That’s not going to be easy, under any circumstances, but the worst thing you can do is break your word,” Panetta said.