TEHRAN, October 24 - Lawmakers in the upper house of Russia’s parliament are set to call on their colleagues in the US Congress and other Western legislatures to do all in their power to help protect the multilateral Iran nuclear deal, which they say is under threat by US President Donald Trump. 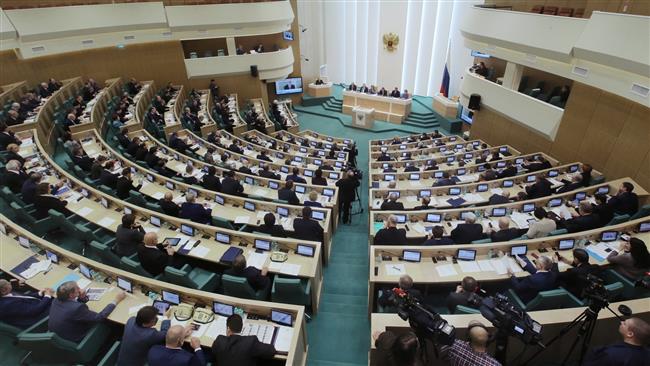 TEHRAN, Young Journalists Club (YJC) - The Russian Federation Council’s Foreign Affairs Committee has prepared a draft statement to remind US congress members and Western parliamentarians of the importance of the 2015 nuclear deal, called the Joint Comprehensive Plan of Action (JCPOA), and its significant contribution to the global regime of non-proliferation of nuclear weapons, RIA Novosti reported.

According to the draft, “the Federation Council addresses the US Congress members with an urgent request to use all available resources and prevent” the collapse of the deal, which it said could lead to an “extremely dangerous situation.”

The Russian senators also called on their US and Western counterparts “to use the influence on political leaders of their countries in order to keep in force the historical deal concerning the Iranian nuclear program.”

“At present time the implementation of this agreement is under threat of complete failure because of US President’s Donald Trump’s declared strategy concerning Iran that stipulates Washington’s unilateral actions that violate the Joint Comprehensive Plan of Action up to full cancellation of US participation in it,” the draft statement read.

The draft statement will be put to vote at the parliament on Wednesday, according to the report.

The deal was reached between Iran and the P5+1 countries — namely the US, Russia, China, France, Britain, and Germany — in July 2015 and took effect in January 2016.

Trump, who rose to the US presidency a year after the implementation of the deal had begun, has been opposed to it.

On October 13, the US president refused to formally certify Iran’s compliance with the nuclear agreement and warned that he might ultimately terminate the deal.

Trump’s “decertification” stands in stark contrast to numerous reports by the Atomic Energy Agency (IAEA) confirming Iran’s full commitment to its side of the deal. The UN nuclear watchdog is the only official institution tasked with monitoring Iran’s implementation of the JCPOA.

While Trump did not pull Washington out of the JCPOA, he gave Congress 60 days to decide whether to re-impose economic sanctions against Tehran that were lifted under the agreement in exchange for Iran applying certain limits to its nuclear program.

Elsewhere in its statement, the Russian Senate warned that the US withdrawal from the pact would very likely prompt Iran to take reciprocal actions and undermine Tehran’s trust in the Western powers’ ability to honor agreements.

Senior Russian officials have on several occasions denounced Trump’s approach to the deal, pledging to defend the document against US threats.

Russian foreign Minister Sergei Lavrov recently accused the US of not sticking to internationals agreements, saying Washington is pulling out of a deal, which has been welcomed by the whole world.

Additionally, Russian Deputy Foreign Minister Sergei Ryabkov sharply criticized Trump’s position on the Iran deal last week and said while Tehran has fully honored its obligations, Washington “violated not only the spirit, but also the letter” of the JCPOA.

Except for the US, all other signatories to the JCPOA, including Russia, China, France, Britain and Germany, have announced their support for the deal and censured any move that could harm the deal.

The EU foreign policy chief, Federica Mogherini has also defended the deal, reiterating the European Union’s commitment to the agreement amid Washington's threats.

Mogherini chaired the P5+1 states during the negotiations in the lead-up to the agreement.

Share to
Related News
Russia warns US will be responsible for collapse of Iran nuclear deal
Envoy: Nuclear deal stronger to be confronted by US
Tags
Iran ، Russia ، us senate
Your Comment