TEHRAN, October 25 -The vast majority of Americans believe that investigations into claims that President Donald Trump colluded with Russia during the 2016 election are hurting the country, according to a new Harvard-Harris poll. 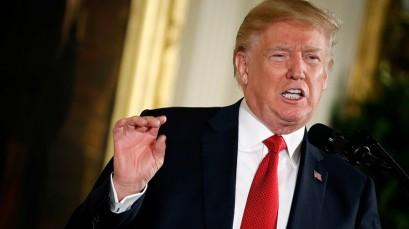 TEHRAN, Young Journalists Club (YJC) -The vast majority of Americans believe that investigations into claims that President Donald Trump colluded with Russia during the 2016 election are hurting the country, according to a new Harvard-Harris poll.

The October survey found that 63 percent of respondents believe the investigations are hurting the US, while just 37 percent believe that they are helping.

There is a sharp split along partisan lines, with most Republicans (79 percent) saying that the probes were hurting the nation, compared to 49 percent of Democrats.

Meanwhile, only a slight majority of Democrats (51 percent) believe the investigations are helping, compared to 21 percent of Republicans who share the same sentiment.When asked whether the country was on the right track or the wrong track, six out of ten respondents answered the “wrong track.” Optimism was slightly better on the issue of the economy, where 44 percent believed the country was going in the right direction.

Trump received the highest marks when it came to stimulating jobs, with a 52 percent approval rating.  His lowest score was on the topic of administering the government, with just 38 percent expressing approval.

The Harvard-Harris poll comes as the Senate Intelligence Committee continues to probe allegations that Russia meddled in the US presidential election or colluded with Trump's campaign advisers.

Trump has often criticized the mainstream media for its reporting of alleged Russian meddling, and has referred to the probe as a "hoax" and a "witch hunt."

Russia has consistently denied any interference in the election, pointing to a lack of evidence to support the allegations. In May, President Vladimir Putin agreed with Trump's sentiments that allegations of Russian meddling are being used by those who do not want to admit they lost the election fair and square.

“They... prefer deluding themselves and others into thinking it was not their fault... but someone from the outside thwarted them. But it was not so. They just lost and they have to admit it,” Putin told the French newspaper Le Figaro.

The online Harvard-Harris poll was conducted between October 14 and 18, with a sample of 2,159 registered voters.